Images are courtesy of TweakTown!

The SATA Express interface has been teased on a ASUS motherboard which looks similar to their recent Z87 Legacy lineup. There's a possibility that this could be based off the Z97 chipset which Intel plans to launch in Q2 2014. Either that or ASUS could have somehow managed to fuse the SATA Express ports on their current Z87 chipset motherboards.

SATA Express will come in the form of two connectors, one for PCI-E and SSD while the other would be limited to PCI-E and we are looking at a completely new connector design. The SATA Express interface can transmit both PCI Express and SATA signal and will come with a bulky new cable for PCI-E while SATA-IO is said to be making a different one for the SSDs. The connector will be backwards compatible with SATA 3 6GB/s so you can plug in your current SATA 3 compliant devices in to the ports easily.

"SATA Express enables the development of new devices that utilize the PCIe interface and maintain compatibility with existing SATA applications. The technology will provide a cost-effective means to increase device interface speeds to 8Gb/s and 16Gb/s."

SATA Express with 8 to 16 GB/s transfer speeds will clearly provide a boost to PCI-E and SSD devices. The new interface is expected to arrive with the Z97 and H97 series motherboards from Intel next year and will be show-cased around CES 2014. TweakTown has more details to share so you might have to wait for more information  on Intel's latest SATA Express platform. 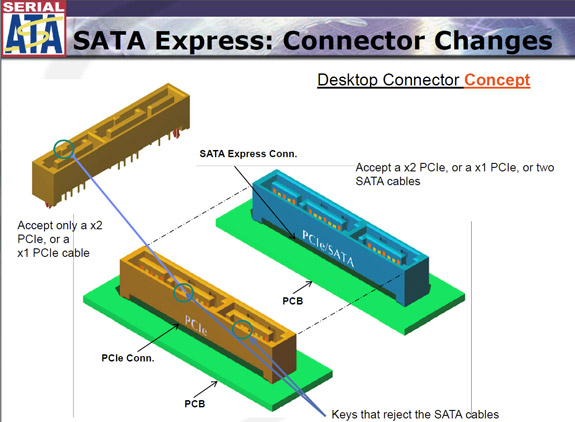 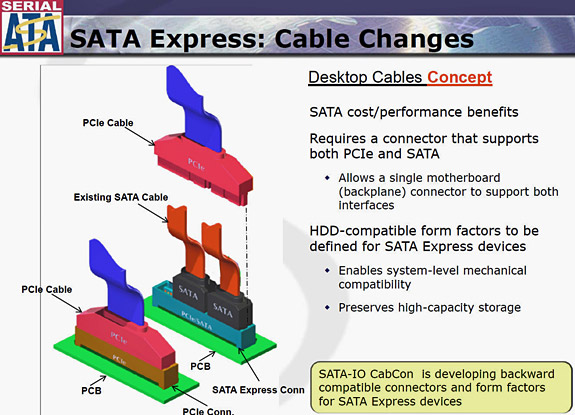 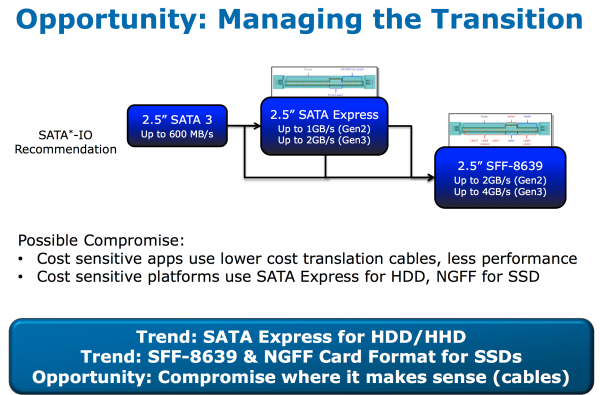 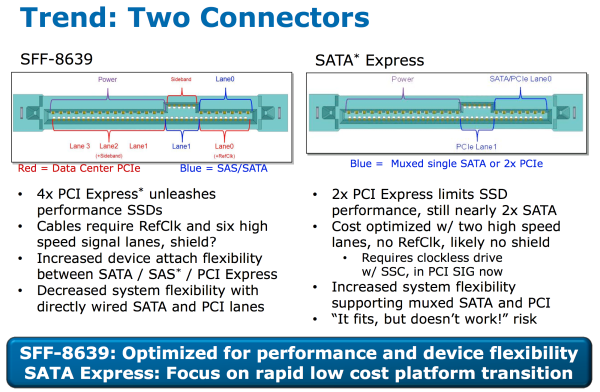 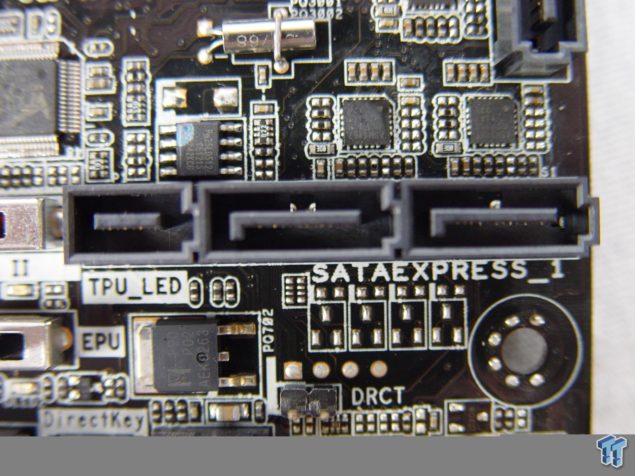 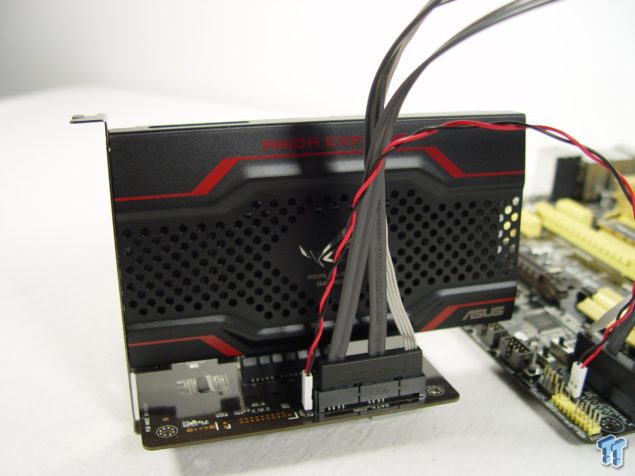