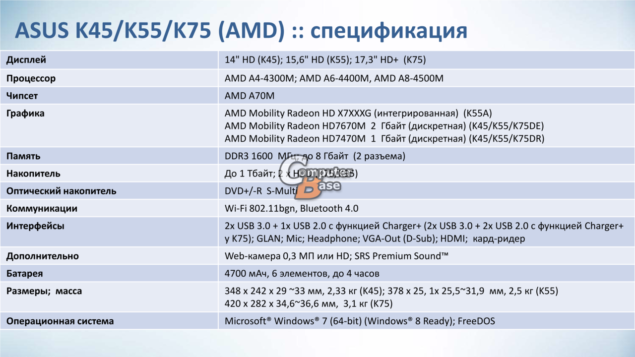 The trinity powered K5 Series notebooks would come in different sizes depending on the model number, Listed below are the resolution along with screen size of each model: 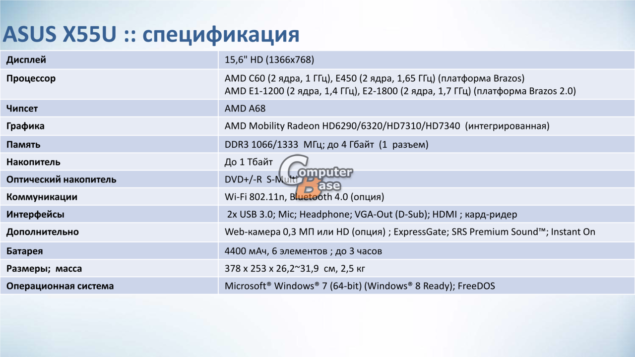 In addition to Comal, Computerbase also got some details about the upcoming ASUS's X55U Series notebooks which would be powered by the Brazos 2.0 APU (Refined form of Brazos) featuring updated bobcat cores and a higher clocked GPU.

The model would feature the E1-1200 and the E2-1800 respectively, Both models were revealed at the AMD financial analyst day and specs are listed below:

Availability of these notebooks is expected in late Q2 2012, Prices are yet to be revealed. 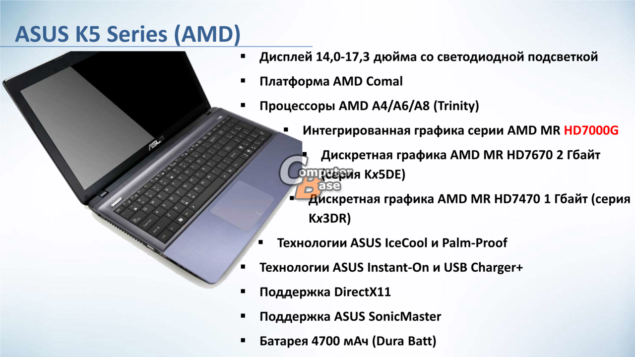 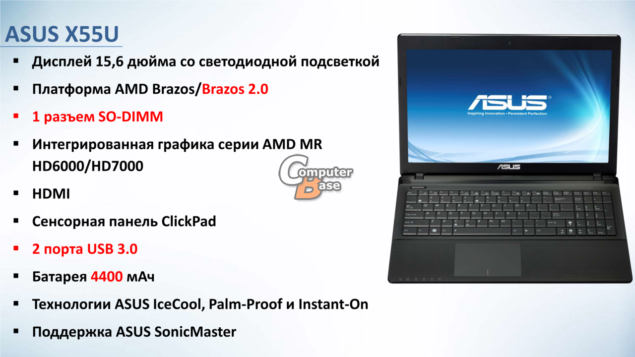 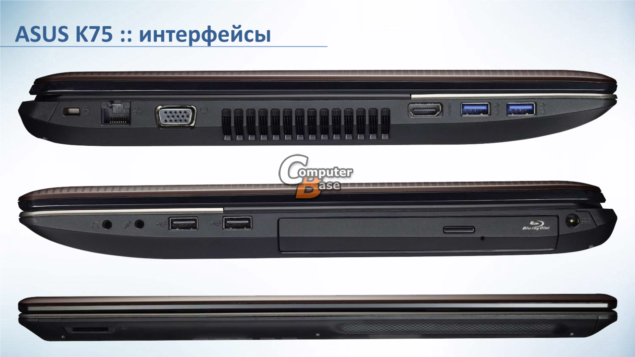 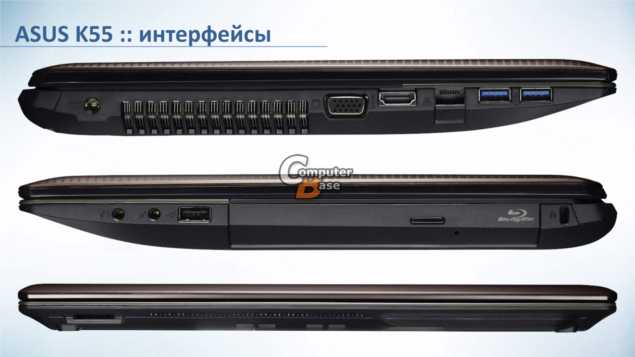 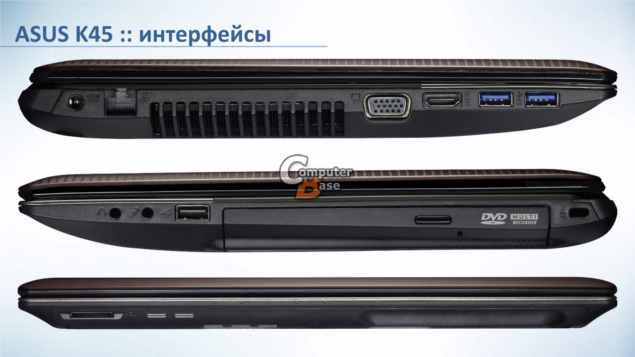