ASUS, today unveils their beastly ROG MARS 760 graphic card featuring dual GK104 cores to deliver the ultimate gaming performance to enthusiasts. The ROG MARS 760 as the name denotes is part of ASUS's Republic of gamer brand which means exclusive and top of the line features and components. 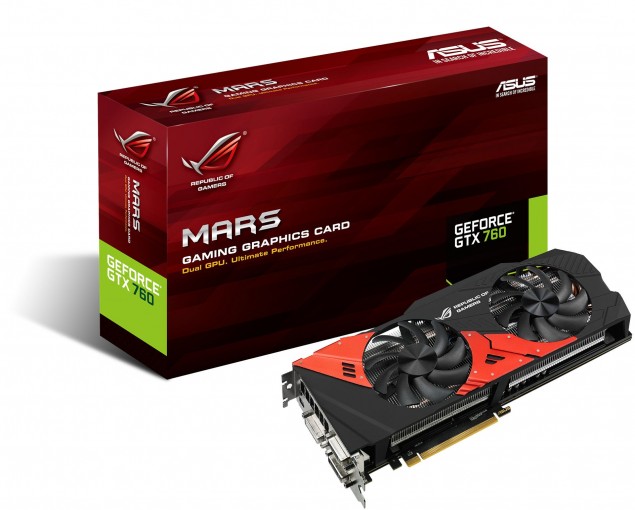 The PCB is a ROG exclusive featuring top of the line components and a 12 Phase Digi+ VRM design (5 Per Core, 2 for Memory). This is further enhanced with  the introduction of Super Alloy Power chokes, black solid state C-Caps and MOSFETs. The card also uses POSCAPs which have lower power noise, deliver higher overclocking and help in improving overall stability of the card.

The card is powered by dual 8-Pin power connectors which easily show the high power requirements for the board due to the added Digi+ PWM design that pushes more power to the cores for additional overclocking. Additionally, the GPU comes with a single SLI gold finger which allows Quad-Way Multi-GPU functionality with another ROG 760 MARS based graphic card. Display connectors include Dual DVI-I, DVI-D and a Display Port.

For cooling, ASUS has equipped their latest ROG entry with an exclusive DirectCU II cooling design which stands out from the rest of the DCII based graphic cards. The GPU comes with a hefty cooling design supporting dual dust proof fans which push heat towards two separate aluminum fin blocks with 8 thermal heatpipes sitting on top of each core. Right between the heatsink and PCB is a high endurance frame which acts as a support bracket to carry weight of the card to avoid bending of the PCB. The cooler is sexy, silent and high-performance but the most amazing thing about it is that glowing red MARS logo on the side which will look quite cool once equipped inside the PC chassis. The back comes with a cool backplate which hides the ugly components from the PCB.

Performance estimates show that the card is faster than the GeForce GTX Titan, GeForce GTX 780, GeForce GTX 780 Ti and while this may entice up some users, it should always be noted that Dual-GPU solutions always have their bulk of issues in terms of latency and scaling so its a better choice to adopt single GPU solutions. Still the card is an engineering marvel but i would have loved a 780 TI MARS based solution like the MARS III which was canned by ASUS not so long ago. The card is retailing for £519.99 which is just 30-50 £ lesser than the 780 Ti. A few reviews can be found in the links below from our friends:

For more high-res images, do visit OCahloic and Hexus! 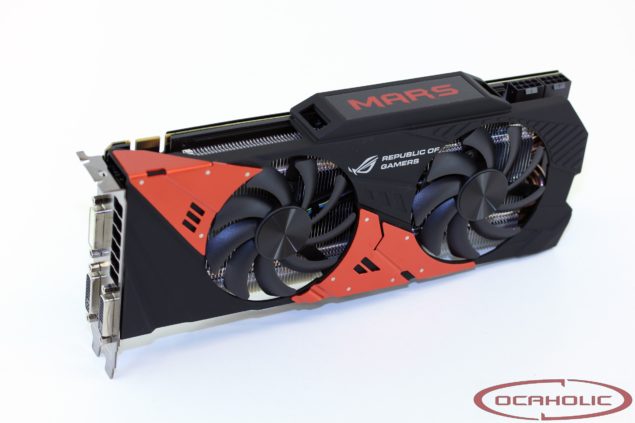 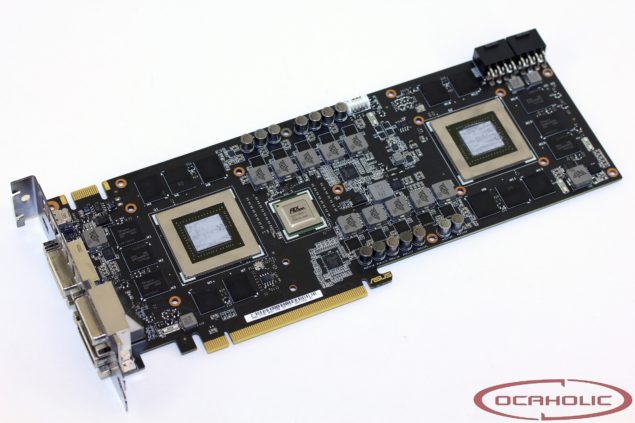 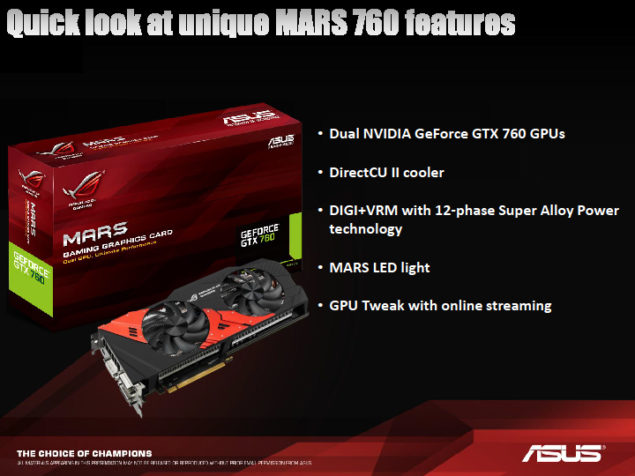 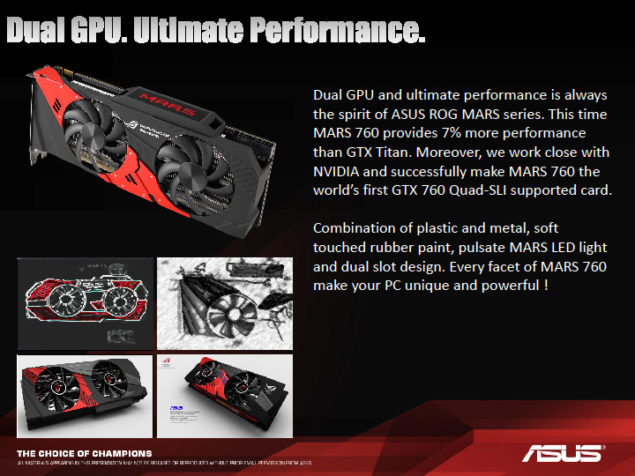 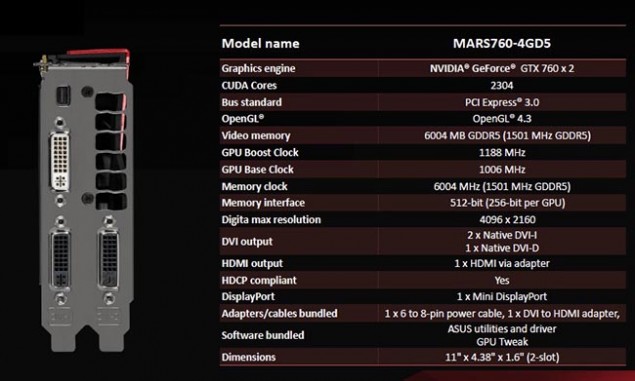 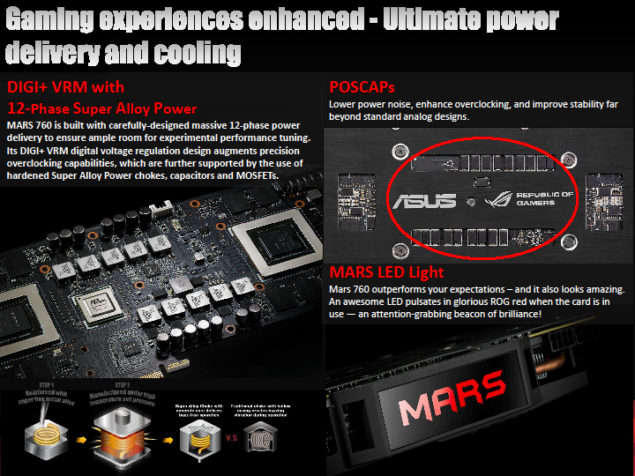 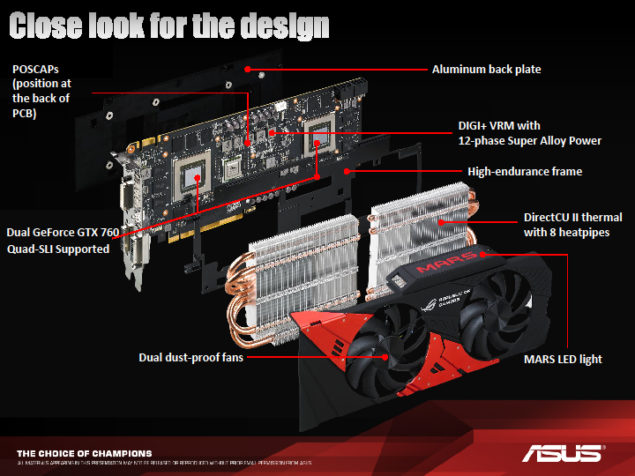 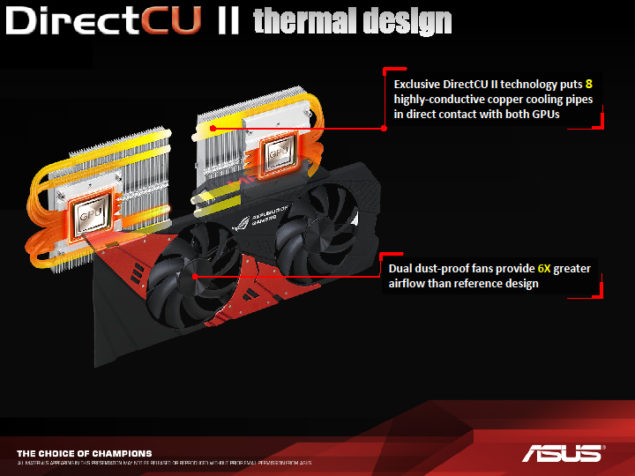 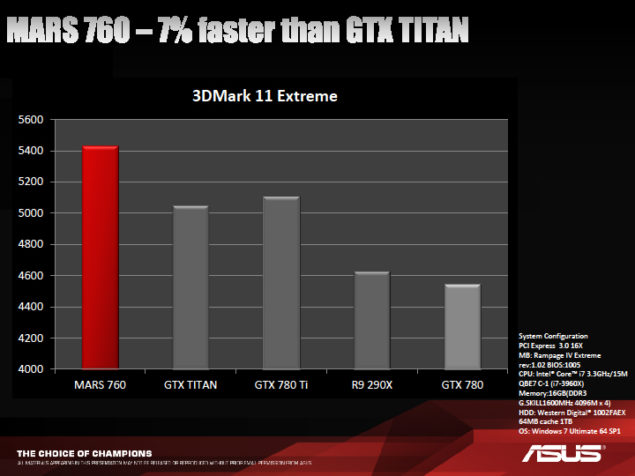 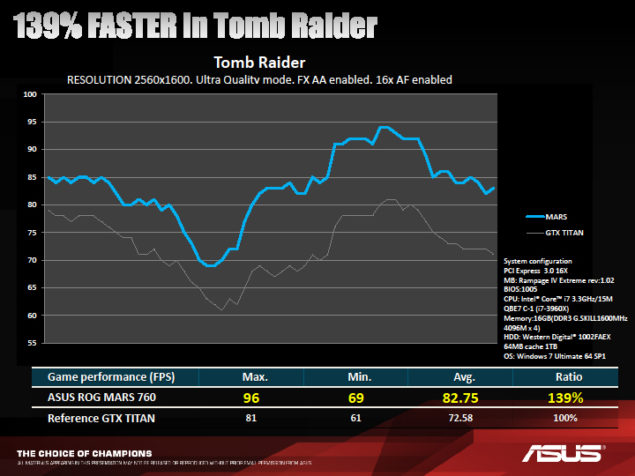 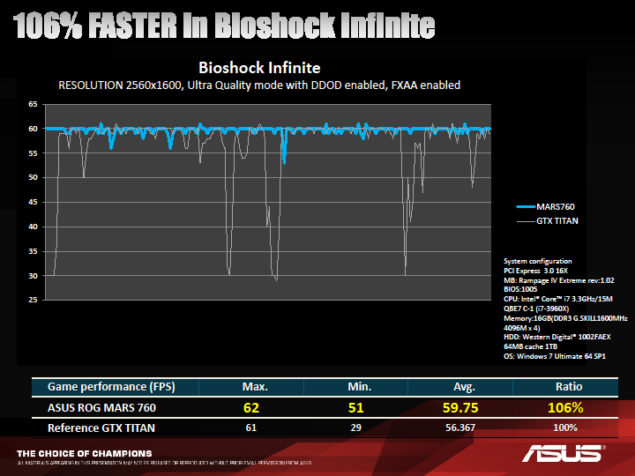 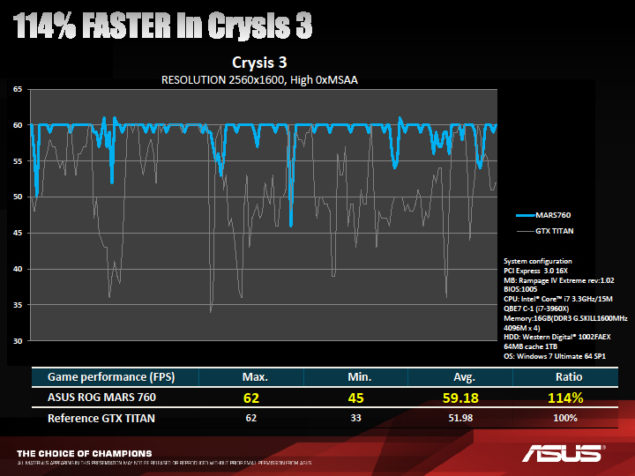