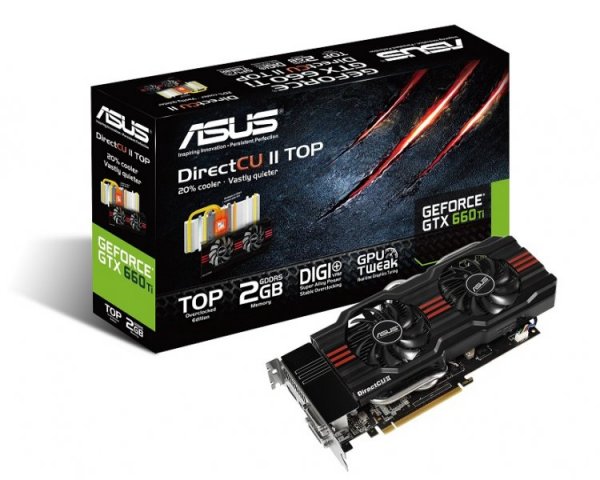 Update: Clock frequencies are unconfirmed at the moment but the GPU is infact a Factory overclocked model.

For instance, the card is clocked at 1059MHz core and 1137MHz boost over the reference 915/980MHz clock speeds. A 2GB GDDR5 (192-bit) memory is configured to operate at 1502MHz (6008MHz effective). The DirectCU II heatsink offers 20% more cooling over reference design which is best for overclocking purposes.

Furthermore, as we already know the GPU consists of a GK104 chip featuring 1344 cores, 112 TMU's, 24 ROPs. Powered through dual 6 Pin connectors. Display outputs include two DVI and one HDMi and DisplayPort. Currently the card is available for €359.