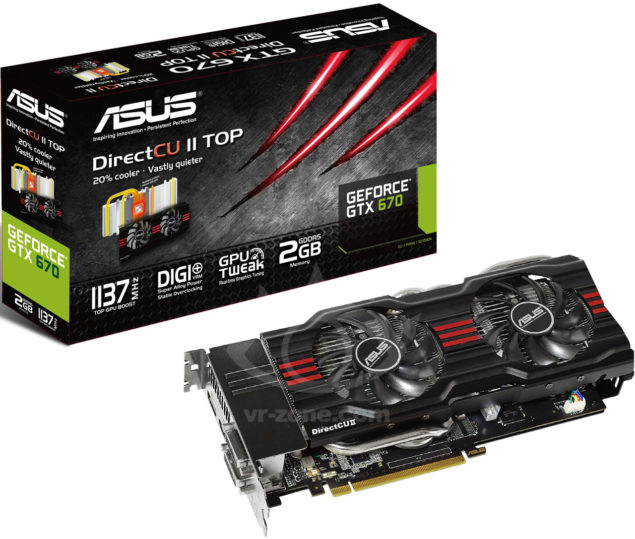 ASUS's GeForce GTX 670 DirectCU II top graphics card has been unveiled, the card features a non-reference design along with the DirectCU II cooler which allows for extreme overclocking for hardware enthusiasts.

The GTX 670 DirectCU II Top is equipped with the Digi+ VRM which offers improved stability while overclocking. The card itself features a Boost clock frequency of 1137MHz and memory clock of 6GHz. The GPU is bundled with ASUS's GPU Tweak utility which allows users to tune their GPU in real-time.

The card is cooled by the dual slot DirectCU II Cooler which is offers 20% better cooling compared to the reference version. The card would hit store shelves by tomorrow for an MSRP over $400.