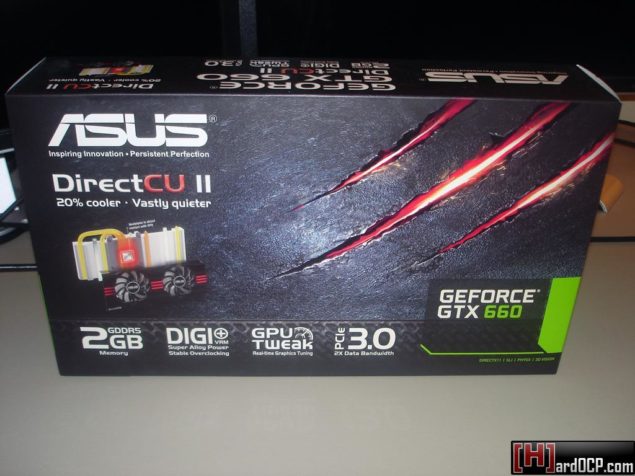 The first review of ASUS's GeForce GTX 660 DirectCU II which uses a custom designed PCB and the latest Kepler GK106 core has been published by HardOCP.

The ASUS DirectCU II model is based on a non-reference PCB which makes use of a 6 Phase Digi+ VRM utilizing super alloy capacitors and leading edge POSCAPs. Power is provided through a single 6 Pin connector which has the new ASUS protective design which can help diagnose power issues.

The DirectCU II cooler uses the same dual fan heatsink design which cools the aluminum fin array with multiple heatpipes underneath it. The ASUS GTX 660 DCII would cost $234.99 whereas the DirectCU II TOP would be priced around $249. Availability is expected by tomorrow after official launch.

You can check out the benchmarks below:

The GTX 660 is a fair component which is placed between the HD7850 and HD7870, The reference model in some cases runs faster than the overclocked HD 7870 although its leading edge isn't much great. The HD 7870 OC models go for around $259 ($239 after rebate) whereas the reference GTX 660 models would be available at $229 and $249 for non-reference versions. You can check out the complete review at HardOCP. 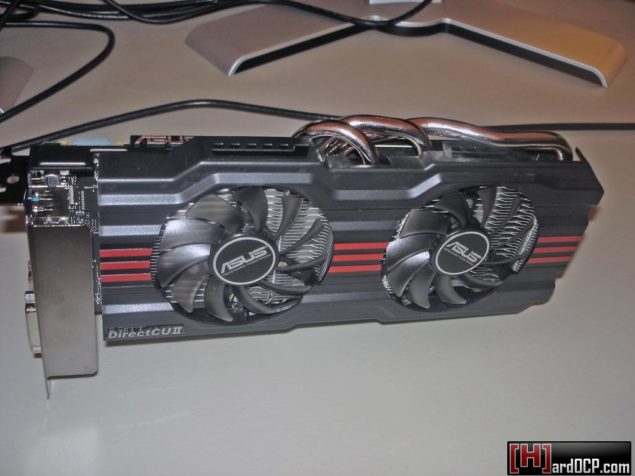 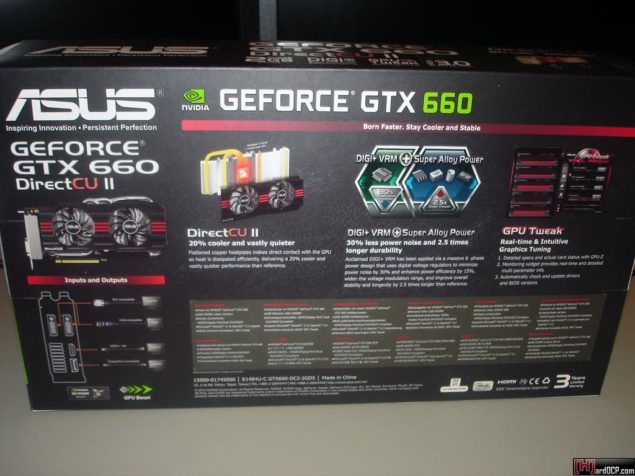