Asus has gained recognition for manufacturing gaming machines that are labelled with a very impressive outlook and while the company’s products feature ‘top-notch’ hardware, the company’s ROG GT51CA summarizes Asus’ affinity of featuring ‘top of the line’ specifications and a chassis design that will make you the center of envy amongst your friends. 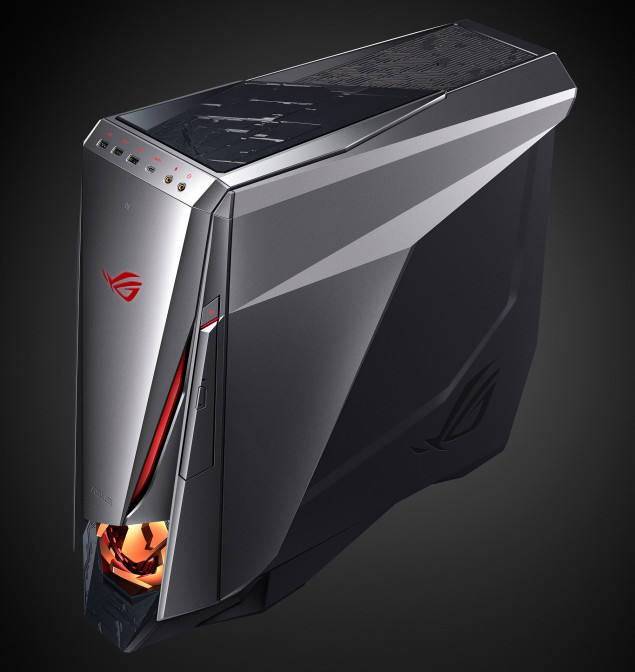 As for graphical performance, consumers can choose to configure either of the following GPUs inside the system:

Overtime, when you feel like upgrading the GPU configuration, you will have tons of flexibility of doing so thanks to the availability of 3 PCIe x 16 slots. You can also place an add-on card inside the PCIe x1 slot (though you can remove a sound card from the equation because from the audio side of things, you have an ESS Hi-Fi-grade audio). Additionally, you can also choose to incorporate 64GB of DDR4 RAM with a frequency of 2,133MHz. According to the details posted on the website, the RAM will be overclocked to 2,800MHz. Side by side, if 64GB of RAM sounds like overkill, you can choose for the 16GB RAM option.

At the front side of the chassis, you have the following I/O options:

At the motherboard’s I/O panel, you have the following: 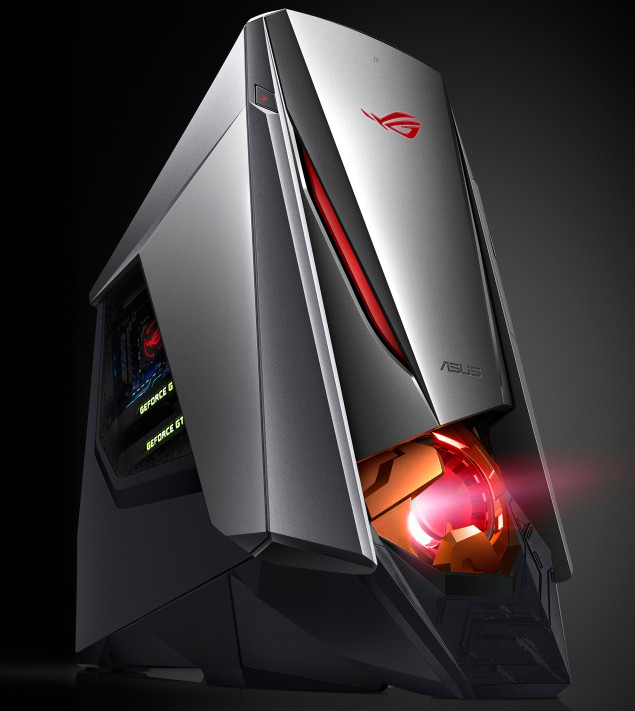 Other specifications of the Asus ROG GT51CA are listed as follows:

The company’s ‘Hydro Overclocking System’, which is basically a liquid-cooling unit for the CPU also features dedicated air channels to cool the graphics cards. The chassis also has its own dynamic 8-million-color LED effect located at 4 locations of the casing. While pricing details have not been provided as of yet, even the base model will set you back by quite a bit. However, in terms of hardware and features, what did you guys think of the gaming machine? Let us know your thoughts right away.