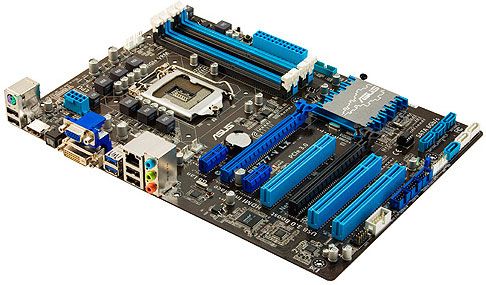 Aimed at budget users, both motherboards get stripped off many features. The P8Z77-V LX has a smaller PCB. It has four DIMM slot to support DDR3 memory, a 6 Phase VRM. No additional heatsinks are offered on the MOSFETs. Expansion slot includes two PCI-e x16 slots that can operate in dual x8 mode, two x1 PCI Express slots and three PCI slots. Storage includes 6 SATA ports out of which two offer 6GB/s.

I/O includes PS/2 port, four USB 2.0 ports, two USB 3.0 ports, Gigabit Ethernet, three audio jacks, optical S/PDIF out and a D-sub, DVI and HDMI port. The onboard TB_Header has also been scrapped off due to no extra PCI-e x4 slot. The price of this board comes at around $140. 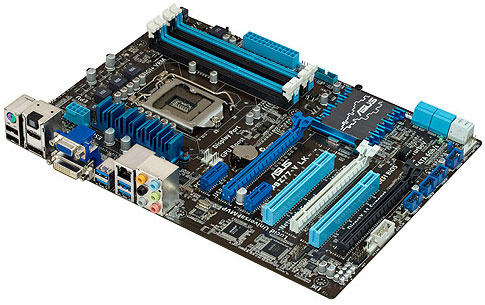 The other P8Z77-V LK motherboard is richer in features than the LX featuring heatsinks at the VRM area, An extra PCI-e x4 slot though no thunderbolt header could be found. The board once again features six SATA ports though not in angled design as the LX. An ASMedia USB 3.0 host controlled provides an additional 6 USB 3.0 ports.

I/O on the board features PS/2 port, two USB 2.0 ports, four USB 3.0 ports, a Gigabit Ethernet port, six audio jacks, an optical S/PDIF and a D-sub, DisplayPort, DVI and HDMI connector. The cost of this board is an extra $5-$10 over the LX but features are much better so this should be the aim for users.