ASUS is one of the leading manufacturers of gaming monitors on the market right now and according to a report published by DigiTimes it gained significant market share in the last year and now holds more than 40% of the gaming monitor market. The PC market has continued its trend of becoming more niche-focused, with the high-end increasing and the low end evaporating. Companies like ASUS have benefited from this change greatly. 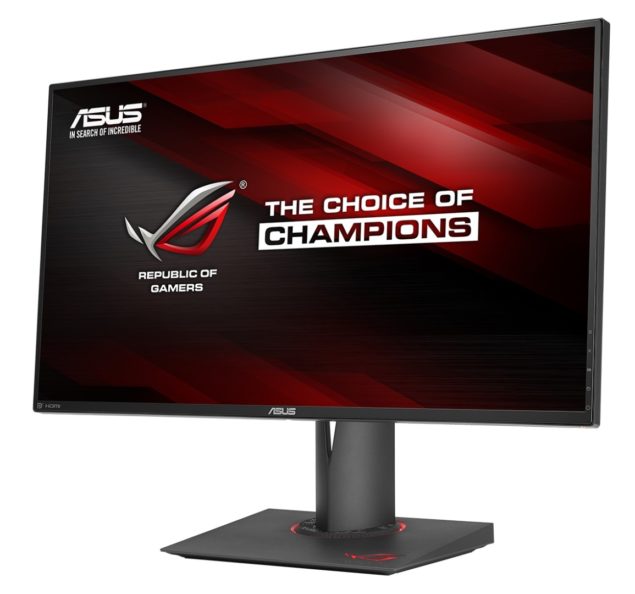 Gaming monitor shipment reached a number of 800,000+ monitors shipped. The primary difference in the market of today is that end-users are now increasing focus on fast-monitors. Till a few years ago, the most a user would look at was a good resolution or a good panel. Now not only the response time is sought to be as low as possible but a wide plethora of features such as Free Sync, G-Sync and more have caused demand in these “Fast-monitors” to increase – diversifying them from the general purpose monitor market.

The 800,000 numbers accounts only for sales in US, Europe and Taiwan and out of these 800,000 units, at least 300,000 are accounted for just by ASUS. The company has been building its ROG swift lineup of monitors which offer a very wide variety of features – tailored to exactly what the gamer in question is looking for. If you lean heavily on resolution,

A lot of this could be down to the strong ROG Swift line of monitors. The company released its 4K flagship (the PG27AQ) this year which not only supports G-Sync but houses a 4k/60 panel on a beautiful 27 inch screen. Based on the ever so popular IPS panel technology, the display has incredibly accurate color reproduction and very wide viewing angles. The monitor stand features a wide range of adjustments including full tilt, swivel, pivot and height adjustment. Complimenting this beauty is the MG279Q – a 1440p WQHD 27 inch screen with 120 Hz refresh rate and a 5ms response time. There is also a PG278Q variant with refresh rate up to 165 Hz. 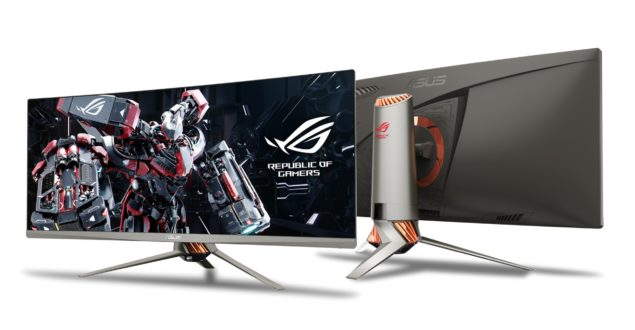 One of the caveats of the gaming monitor technology (even right now) is the fact that Twisted Nematic or TN panels provide far superior refresh rates and response times (As low as 1ms) whereas this is very difficult to achieve with an IPS panel design – something which is reflected in the price tag given by the manufacturers. A 34 inch 3440x1440 screen will also be arriving soon from ASUS – the ASUS PG348Q. It will feature a refresh rate of upto 100 Hz, will support G-Sync technology, and will ship for an expected MSRP above the $1200 mark! It was originally stated to arrive by January or February at the latest.