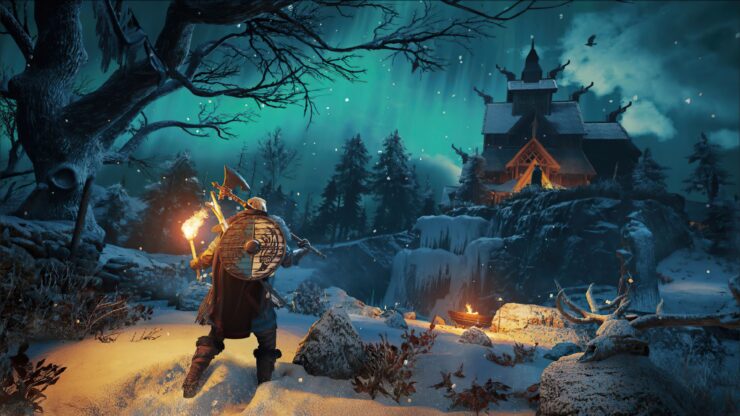 Assassin's Creed Valhalla is set to take the strong foundations of Origins and Odyssey to improve even further on some of the flaws pointed out by both critics and fans.

One of the main points of criticism for both games, even though Odyssey arguably already improved upon Origins in this regard, is that the content - mainly of the optional kind - eventually got repetitive, and the storytelling quality also dropped in some of the side quests.

According to Assassin's Creed Valhalla Director Ashraf Ismail, who was interviewed by Kotaku, this is something Ubisoft Montreal (and fourteen sister studios across the globe) have been specifically trying to address in the upcoming franchise entry.

I would love that people feel so enriched by the world itself that they hopefully want to continue playing in it and discovering. This is a meticulously handcrafted world.

We want to make sure that you really feel the essence of Dark Age England in all its really beautiful details. Different parts of the country had different practices, different beliefs, different ways of living life. And we used those details. So we were meticulous about this, and we want people to discover that in Assassin's Creed Valhalla. A lot of this is optional content. But there’s a lot of deep storytelling that’s happening in all of this optional content. So, for sure, it’s there because we want people to see it.

Assassin's Creed Valhalla doesn't have an official release date yet, though rumors point to a launch in mid-October. It'll be available on PC, PlayStation 4 and 5, Xbox One and Series X, as well as Google Stadia.