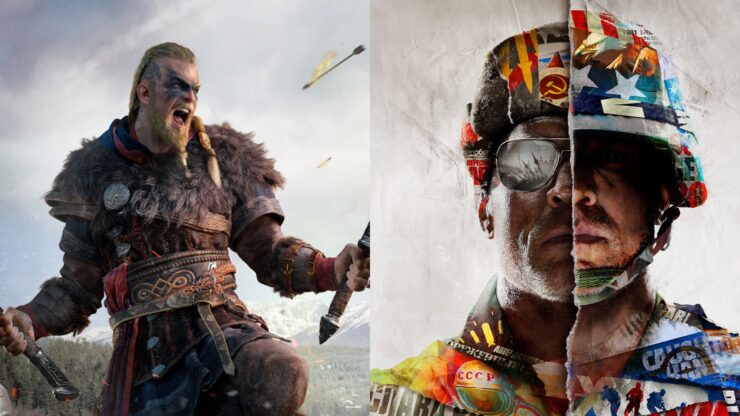 We knew Assassin's Creed Valhalla's launch sales performance had to be good after Ubisoft promptly put out a press release to boast having twice as many players on launch day compared to Odyssey.

However, according to GamesIndustry's Head of Games B2B Christopher Dring, who has access to GfK Chart-Track data, Assassin's Creed Valhalla managed a rather incredible feat: beating the latest Call of Duty, Black Ops Cold War, in launch week sales in the United Kingdom.

Dring also believes this has more to do with Valhalla doing exceedingly well than Black Ops Cold War failing to do its job, too.

For the first time in about 80 years, Call of Duty is not No.1 in the UK physical charts during the week it came out... in a major week for game sales, Assassin’s Creed is the biggest boxed game

I’ve not done a full analysis, but I suspect it’s more to do with Assassin’s Creed doing really well, rather than anything about CoD. CoD may well have done more digitally

Truth to be told, Assassin's Creed Valhalla launched on Tuesday, November 10th (alongside the Xbox Series S and X), while Call of Duty: Black Ops Cold War only launched on Friday, November 13th. And these figures are only relative to physical sales, too, which are only a portion of the total these days.

Still, it remains an impressive accomplishment that is a testament to the hype surrounding the new Assassin's Creed installment, after a year of hiatus.

If you wish to learn more about the game itself, look no further than our review.

Assassin's Creed Valhalla is a definite step up for the series, thanks to the many tweaks made to the RPG mechanics that powered the previous two entries in the series, better storytelling, great atmosphere, and meaningful side-content. Even with the tweaks, however, Assassin's Creed Valhalla is still an Assassin's Creed game at heart, so those who are not into the Ubisoft open-world game design will hardly change their opinion with the game. Everyone else will probably love every second of Eivor's adventure, especially if they are into Vikings and ancient Norse culture.

We also have plenty of guides, too: