While Ubisoft is getting ready to launch its latest masterpiece in less than a couple of weeks, it appears that some retailers have broken the street date and a considerable number of players have already acquired their copies of Assassin's Creed Unity and are enjoying it on their latest consoles, especially on PlayStation 4. Thanks to the leaked copies, a lot of in-game media content including screenshots and gameplay footage from the upcoming next-gen exclusive historical fiction video game title is emerging on the internet, and here we have a ton of newly leaked direct-feed screenshots from PlayStation 4 version of the game, which looks absolutely stunning despite its native sub-1080p resolution. 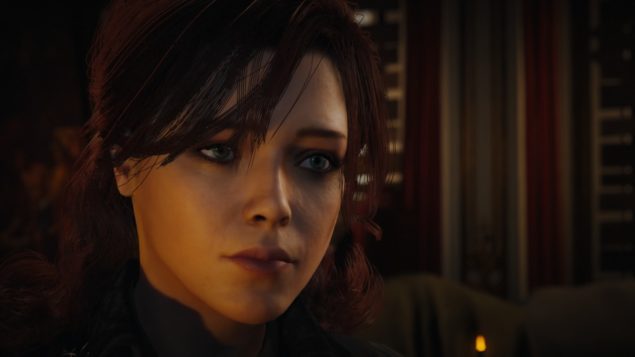 A lot has been said about Assassin's Creed Unity ever since it was officially confirmed earlier this year, and now it is just a little more than a week before we will finally be able to get our hands on the game and see how it justifies the official statements that claim it to be the most graphically advanced and the best Assassin’s Creed title ever created. The in-game media content that has been released till now by Ubisoft shows that the game is, without a doubt, one of the most graphically impressive video games that have been developed exclusively for the latest consoles until now, and amusingly, the leaked content show nothing different.

Packing not just true next-gen visuals and textures, Assassin's Creed Unity features completely redone combat, stealth, and traversal mechanics, and a revolutionary new A.I technology that renders dynamic, advanced NPCs and crowd. The game has been shown off many times officially running on the latest PlayStation 4 and Xbox One consoles but now that it is out in the wild, we can see for ourselves what the final build of the game looks like running with all that greatness that has been boasted several times in the past.

It looks like an Imgur user got hold of PlayStation 4 version of Assassin's Creed Unity, and posted a full album of 31 in-game direct-feed screenshots of the game online. A close analysis (done by GearNuke) of the leaked screenshot confirms that the game runs at a native resolution of 900p and has been upscaled to full HD resolution. However, despite running at sub-1080p resolution, the game still looks really impressive. You can check out the entire leaked album of Assassin’s Creed Unity’s screenshots right below.