Assassin’s Creed Syndicate Dev: We Focused On Fun, Past Games Took Themselves Too Seriously 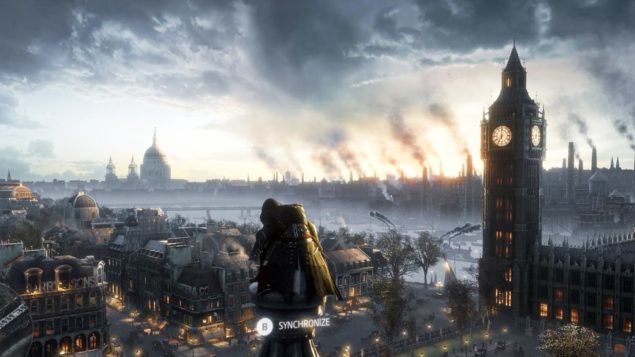 Assassin's Creed Syndicate brings the saga to London and the Victorian Age, a perfect setting for intrigues and mysteries.

However, it seems like the game will distance itself from the previous entries mainly for the addition of the so-called British humour, with Game Director Scott Phillips admitting in an interview with Metro GameCentral that sometimes Assassin's Creed games took themselves too seriously.

Fun was something we definitely focused on in the story and in the gameplay. In the past, yes, I would say Assassin’s Creed has sometimes taken itself too seriously. So being part of that franchise what we wanted to do was maybe take it a little bit lighter. We found the writers spent a lot of time laughing when they did the read-throughs of the story, so it definitely has a lighter tone than some of the games of the past.

Assassin's Creed Syndicate, a single player-only game, will introduce new features such as the ability to ride vehicles (carriages, of course) and enhanced tools at the disposal of sibling protagonists Jacob & Evie Frye.

Phillips described one of these, the voltaic bomb, which sounds quite useful indeed.

There’s one that’s in the demo, which is probably the most modern of the tools, the voltaic bomb. Which is essentially electricity, so you can drop it at your feet and it’ll spread out to multiple enemies and do damage to them while also stunning them. So it’s a great first strike or escape tool.

Guns are also going to play a more important role in Syndicate, although they will probably ruin all your stealth propositions if you choose to use them.

It’s a choice of stealth. You have your knives or your blade, which are your silent options, and then a gun if you’re okay with pulling in enemies from nearby – because that stimulus of hearing a gunshot goes quite far. If you fire off a gun in the middle of a street you’re gonna get some cops come attack you. If you fire it off in a gang stronghold you’re gonna get potentially 10 guys running towards your position to kill you. So it’s a choice you can make.

Assassin's Creed Syndicate will be available on October 23 worldwide for PlayStation 4 and Xbox One, while the PC version is expected to hit later but still before the year's end.