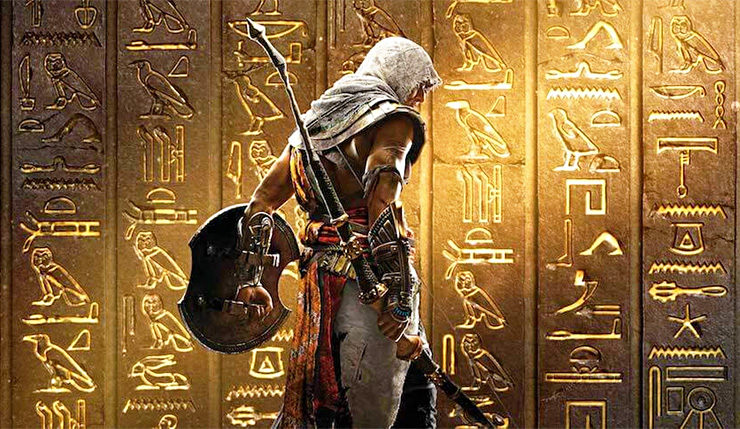 Ubisoft is making a killing. The French publisher just released its earnings report for the first half of its 2018 fiscal year (which ends March 31, 2018) and the numbers are looking good. They also revealed that the newly-released Assassin’s Creed Origins is already a big success.

First, let’s look at the overall sales numbers. In the first half of Ubisoft’s 2018 fiscal year (which ended on September 30), Ubisoft generated €466.2 million (around $540 million) in sales, which is way up from the €281.2 million they made in the first half of last year. This performance was driven by strong sales of Ghost Recon Wildlands and Mario + Rabbids Kingdom Battle, and continued support for Rainbow Six Siege.

While most of Ubisoft’s financial numbers only cover up to end of September, they also announced Assassin’s Creed Origins sold 100 percent more copies in its first 10 days than its predecessor Assassin’s Creed Syndicate. According to Ubisoft, 35 percent of Origins sales were digital, which is surprising given the size of the game. Syndicate, which came out in 2015, sold around 5.5 million copies, so if Origins can keep pace and double that number, it will be in a pretty good place. The best-selling game in the series is Assassin’s Creed III, which moved approximately 13 million copies.

Based on the strength of Assassin’s Creed Origins and upcoming releases like Far Cry 5 and The Crew 2, Ubisoft predicts sales of €1.7 billion (around $1.96 billion) and a profit of €270 million ($313 million) for the full 2018 fiscal year. Ubisoft CEO Yves Guillemot sees a bright future ahead:

“The quality of our new releases is the result of our effort to transform our model and make our business more profitable and recurring. Given longer development lead times, our talents can fully express their creative visions and therefore maximize the potential of our games. The success of these releases – notably the 100% sales growth for Assassin’s Creed Origins – demonstrate that Ubisoft is ideally positioned to deliver further growth in future fiscal years.”