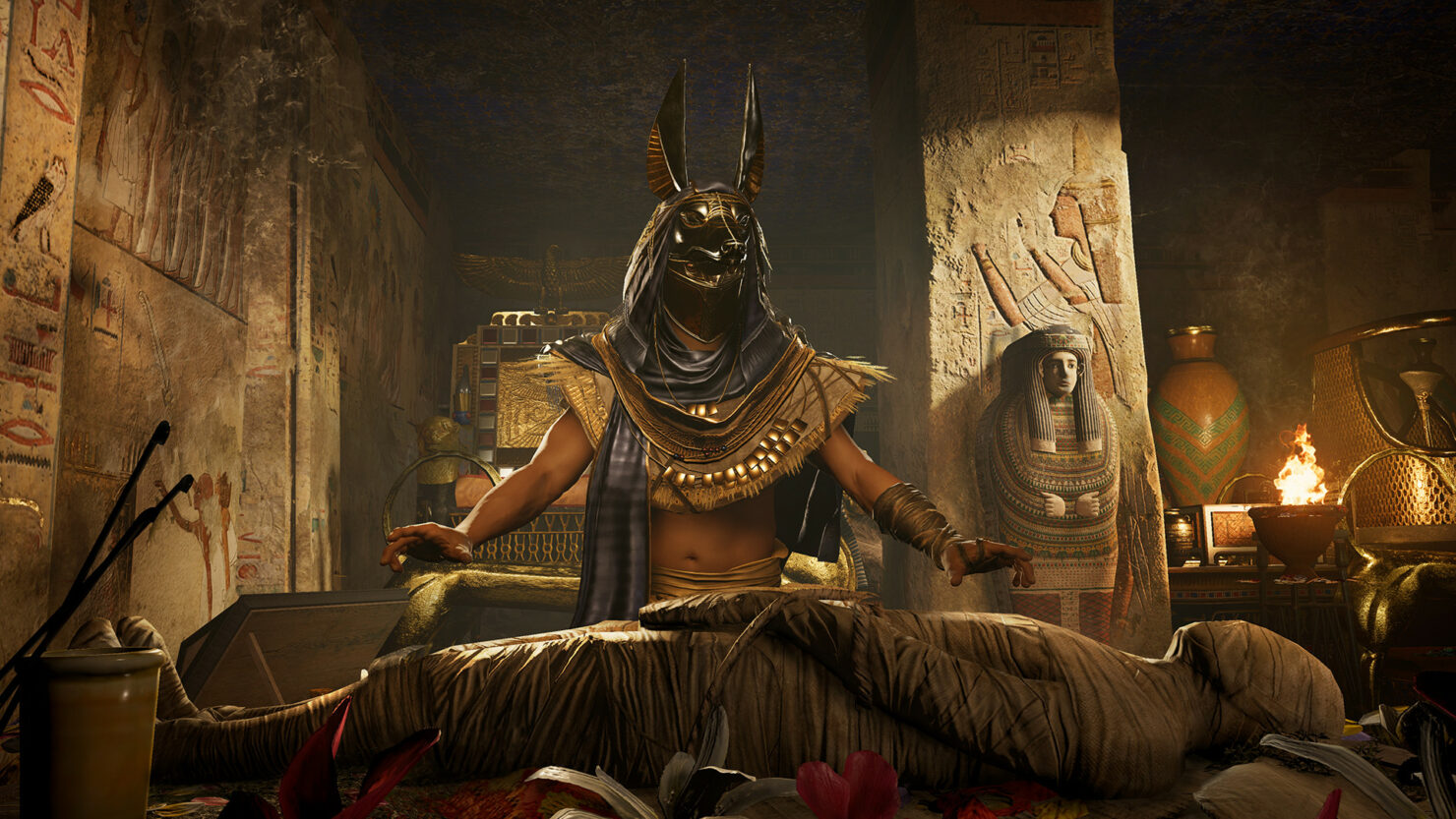 Assassin's Creed Origins is undoubtedly one of the most anticipated blockbuster games due this season. After a year off, Ubisoft took the time to craft a game that seemingly improved on several shortcomings pointed out by the community.

For example, one common complaint directed to previous entries is that the games were jam-packed with filler content that didn't really have a lot of value.

This isn't the case anymore in Assassin's Creed Origins, according to the developers. In fact, in an interview published on November's GamesMaster magazine (issue #322), Game Director Ashraf Ismail said:

[...] not only is Egypt a place you want to explore because it's a world of unique locations but by taking the time to go there you're going to find something that has value for you, whether that's lore or gameplay. We're staying far away from what we call 'floating collectibles'. We want things in the world to have meaning.

When we did all this research on Egypt we found all these really kooky, unique people. Real people, real events that are much smaller than the grand stage - the Cleopatra/Caesar stuff - and we asked ourselves 'how can we provide these experiences, these stories to players?' and quest structure was the most obvious choice. For example, there was a scribe in the north of Egypt who was obsessed with beer. He wrote papyrus after papyrus about the value and effect of beer throughout his life. And his views changed as time went on. This is a character you meet in the game and experience his unique perspective.

Ismail also talked about the difficulties of properly recreating Egypt's iconic pyramids in Assassin's Creed Origins, though he reckons the architecture is almost 100% a match.

The pyramids took a long time. The Giza plateau had lots of iteration. We needed to nail the balance. Making sure that we actually respected the architecture.

The architecture is respected almost 100%. All the chambers, all the corridors are the exact same ones. Same angles! We've added our own hidden chambers that have not been found yet and it's where we infuse our lore. We put a lot of effort to make sure that first it worked with gameplay, but it was also what is very respectful of what is known and what is there in the whole area of Giza with the Sphinx, the Great Pyramid, the smaller pyramids. It took a lot of time to get it right.

The latest chapter (though the earliest when it comes to the in-game setting) of Assassin's Creed is due to launch on October 27th for PC, PlayStation 4 and Xbox One. The official system requirements were revealed yesterday.