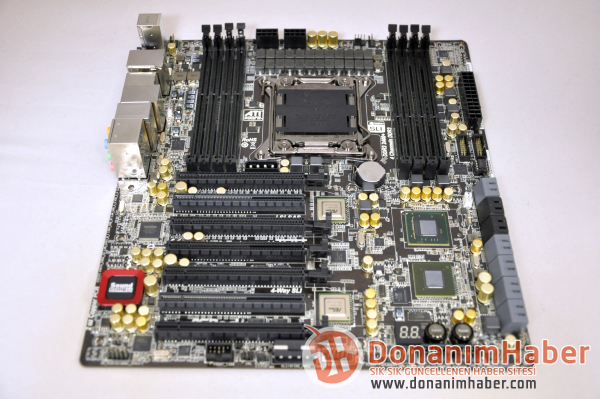 It has been a while since ASRock announced its flagship X79 Extreme 11 motherboard back at CEBIT 2012, Donanimhaber got some exclusive new pictures which showcase various parts of the board.

A 24-Phase VRM can be spotted in the pictures which we reported in our previous article, The earlier version had a 16+2 Phase Digital power VRM. The LGA 2011 socket is powered through two 8 Pin connectors which is well enough for extreme overclocking, There are also 12 compact Driver-MOSFET (DrMOS) chips on the PCB (The other 12 are located at the back of the board).

A total of eight DIMM slots are located (four on each side of the socket) which can support upto 64GB of DDR3 memory with speeds of 2400Mhz+ OC. The memory is powered through an additional 4+4 phase VRM, two 4-pin Molex connectors are included on the board to provide extra power when needed.

I/O includes Creative Sound Core3D audio powered 8 channel jack, two gigabit Ethernet (Broadcom) and eight USB 3.0 ports (four on the rear-panel, four via headers). ASRock also provides exclusive features such as UEFI BIOS with System Browser, XFastLAN, XFastUSB. The new shots still don't show any heatsinks on the board which suggest the board is going to take a while to be launched. 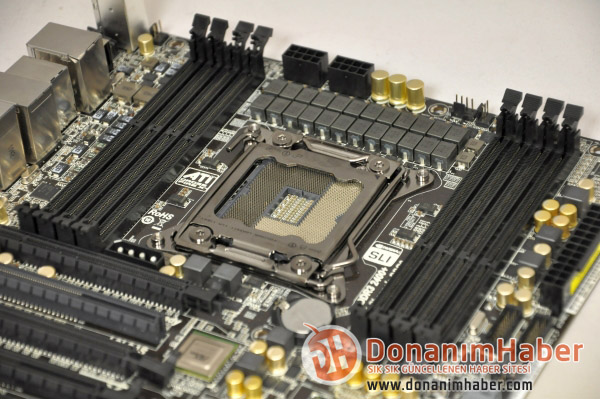 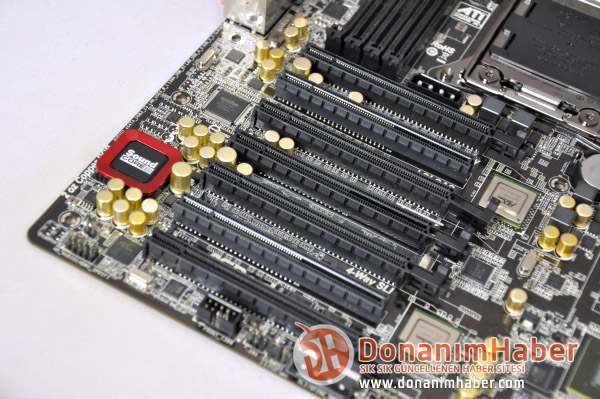 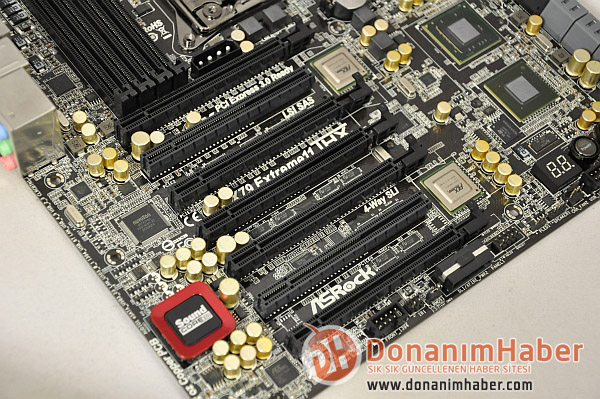 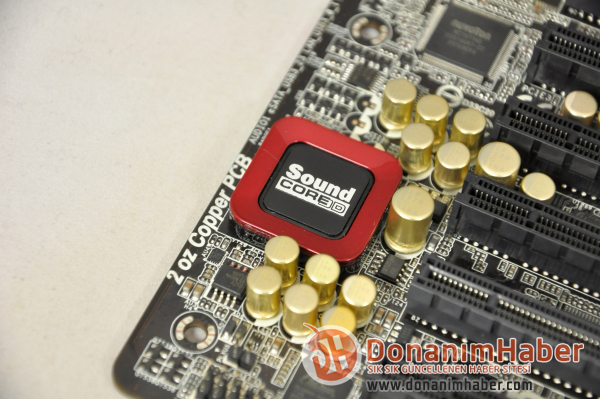 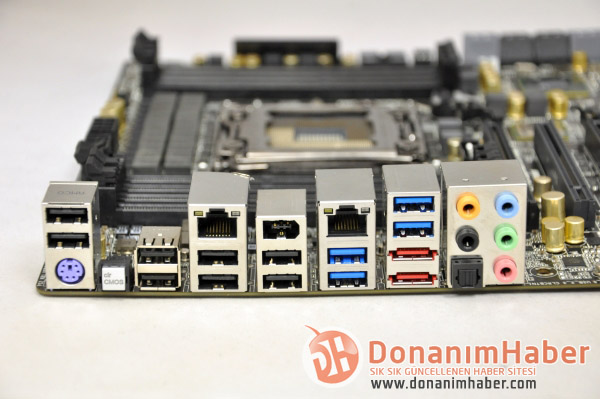 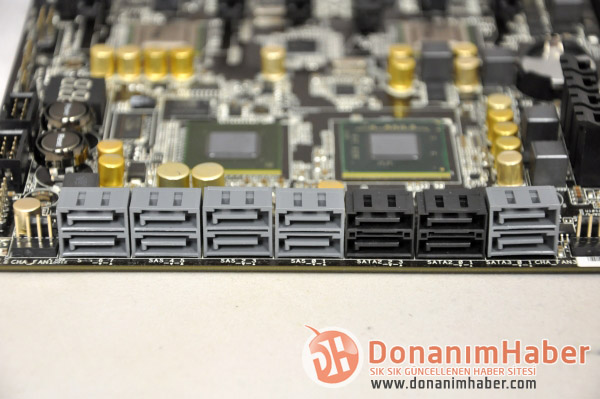