ASRock has unveiled their upcoming X99 WS motherboard which is a high-end desktop motherboard based on the X99 chipset for workstations. ASRock has also shown off several other motherboards in the past such as X99 Killer, X99 Extreme 6 and X99 Extreme 4 which are geared for launch along side the Haswell-E processors which arrive on 29th August 2014. 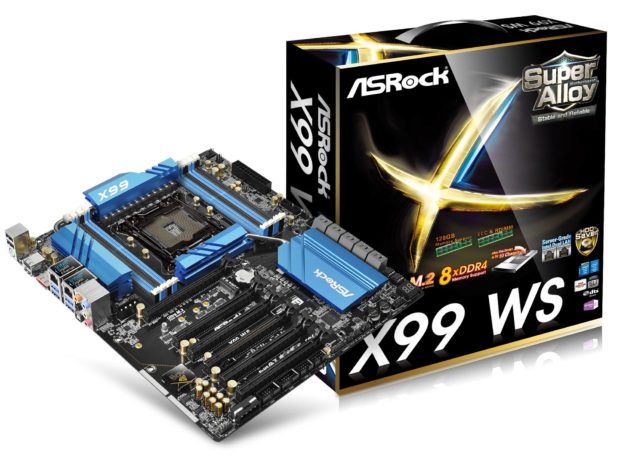 The ASRock X99 WS is a workstation grade motherboard which makes use of high grade components to feature better stability and last longer than traditional motherboards. It features a E-ATX form factor so you may need upgrade of your chassis if you want to use this board. The board comes with the LGA 2011-3 socket which is able to support Intel's upcoming Haswell-E processors including the 8-Core Core i7-5960X which arrives on 29th of this month.

In terms of design, the ASRock X99 WS makes use of a 12 Phase PWM and the socket is powered by a 8-Pin EPS connector in addition to the 24-Pin power connector that provides juice to the board. Since this is built by ASRock, we expect to see some high quality components including the Super Alloy Power design which includes 50G Aluminum Alloy heatsinks, Premium Alloy Chokes, Dual-Stack MOSFETs, Japanese made high-quality conductive polymer capacitors to make is run and perform better. The color scheme is black and blue for the board which is similar to the ASRock X99 Extreme 6 and Extreme 4 which were displayed a while ago by ASRock. The board has four sets of heatsinks, two for the PWM and power area which are located on the top and interconnected via a heatpipe while the second set is located over the PCH and below the socket which are also connected through a heatpipe.

The design is quite beefy and we can see several components scattered across the PCB so ASRock is making use of every inch of the space they can get. For storage, the X99 WS provides 10 SATA 6 GBps ports, a USB 3.0 header and two USB 2.0 headers. A Dual BIOS and Diagnostic LED can be found below the SATA ports. Expansion slots include 6 PCI-e 3.0 x16 slots which are provided extra power through a 4-Pin connector near the bottom of the board. The board supports both AMD CrossFire and NVIDIA SLI Multi-GPU functionality. There's a single PCI-e Ultra M.2 interface which provides 10 GB/s bandwidth for SSDs. Being a workstation motherboard, ASRock has also included their Purity Sound 2 design on the PCB which is isolated from the rest of the components and has a ALC1150 codec underneath the EMI shielding.

I/O on the motherboard includes 4 USB 2.0, 4 USB 3.0 ports, a PS/2 port, e-SATA port, Dual Gigabit Ethernet LAN portsand a 7.1 channel audio jack. The motherboard is jam packed with a ton of features however we don't have a price for this bad boy yet but expect it above the $400 US considering its design and targeted market which is the workstation minded users along with the enthusiast community. Expect more news on the X99 chipset boards and Haswell-E processors during this month. 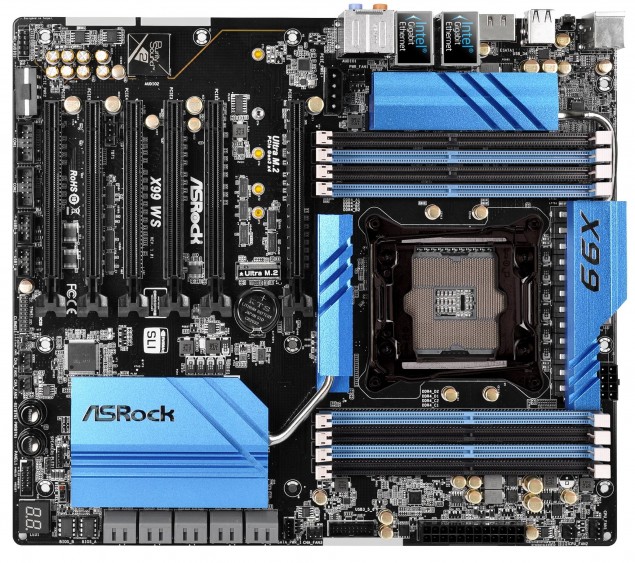 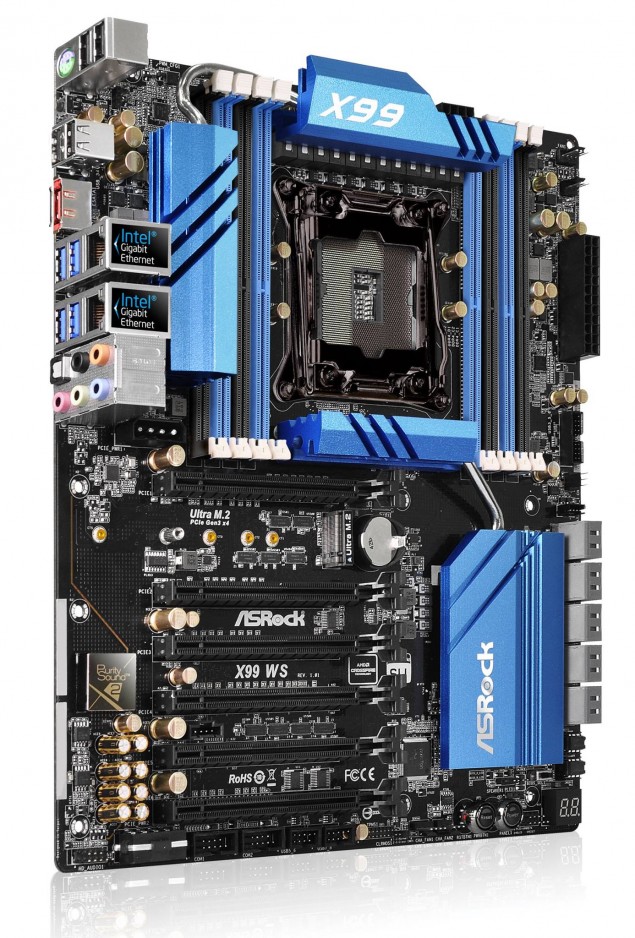