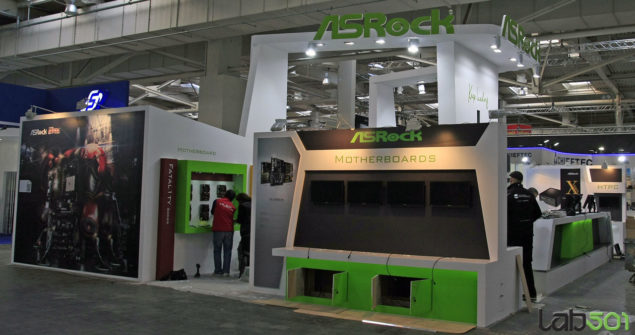 The trio of the motherboards displayed were still in engineering state hence they were kept bare of heatsinks since the design isn't finalized yet. Nevertheless, we would be looking at the complete LGA 1150 motherboards a little before Computex 2013 starting in June just in time for Haswell's launch.

As usual with ASRock's lineup, the Z87 Extreme6 would be the flagship offering by them until the company decides to out do it with their ASRock Z87 Extreme9 offering (successor to Z77 Extreme9). The ASRock Z87 Extreme6 LGA 1150 motherboard  is similar to the Z77 Extreme6 in its naked form but has native USB 3.0 ports which account to a total of 6 and 8 SATA II/III ports. There's a 6+4 Phase VRM that powers the board and is provided power through an 8 Pin connector, you may notice a few lesser solid C-Caps on the board compared to Z77 Extreme6. It should be noted that Intel Haswell integrate a Voltage regulating Unit inside them with 320 phases hence the total VRM count on board might have been kept low for that. Four DDR3 DIMM slots offer overclock memory support and there's 3 PCI-e x 16 3.0, 1 PCI-e x4, 2 PCI and a M-SATA slot on board. You can also spot Power, Reset and Debut LED switches near the Z87 PCH. 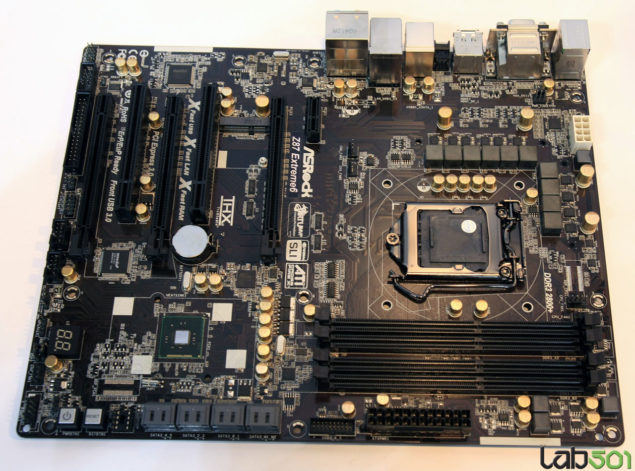 ASRock also showcased their ASRock Z87 Pro4-M which is a M-ATX LGA 1150 motherboard with 6 SATA III ports, 2 PCI Express 16x 3.0 and 2 PCI-Express 1x. There's a 6 Phase VRM on board which drives the CPU and memory. Its obvious by the looks of it that the Z87 Pro4-M is attracted towards budget users since it gets rid of most overclocking goodness found on high-end Z87 motherboards but still keeps a little overclocking at hand. I/O is almost the same as its bigger brother Z87 Extreme6 minus a few ports.

Finally, there's the ASRock H87 Pro4 with a 4 Phase VRM and a much more cheaped out design. H87 means no overclocking on the CPU whether or not its a K-Series CPU, you can however overclock the iGPU on these chips.It comes with a single 16x PCI-Express 3.0, along with 2 PCI-Express 1x and 2 PCI slots. 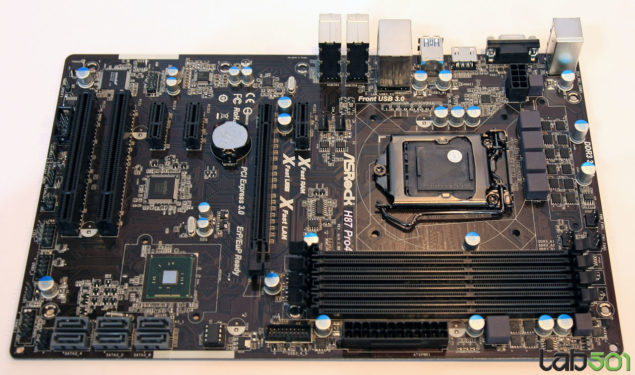 That's it from ASRock on their CeBIT 2013 booth, hopefully we will be looking at the final design schemes of their LGA 1150 motherboards before launch on 2nd June 2013.