ASRock has designed a new AM3 Motherboard which is based on AMD's 480X Xhipset, The motherboard supports AMD's new Six Core Processors. along with all the AM3 CPU's.

The motherboard supports DDR3 memory with speeds upto 1800Mhz. The AMD's 480X chipset itself was meant to be a value discrete graphics chipset which would support x8 lanes in crossfire GPU's. The southbridge is the the SB600 chipset which delivers four SATA 3 Gb/s ports. The motherboard comes with PCI-Express 1.1 x16, two PCI-E x1, and three PCI expansion slots while other connectivity features include Six channel audio, Gigabit Ethernet

, USB 2.0, serial and parallel ports. The board can also let you unlock disabled cores on X3 and Phenom II X2 processors. Overall the motherboard sounds great if released with the right price tag. 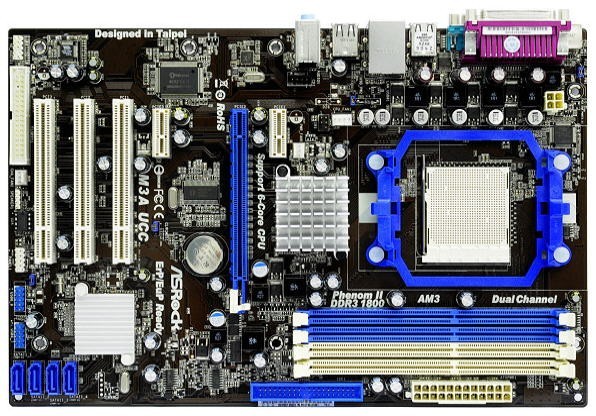