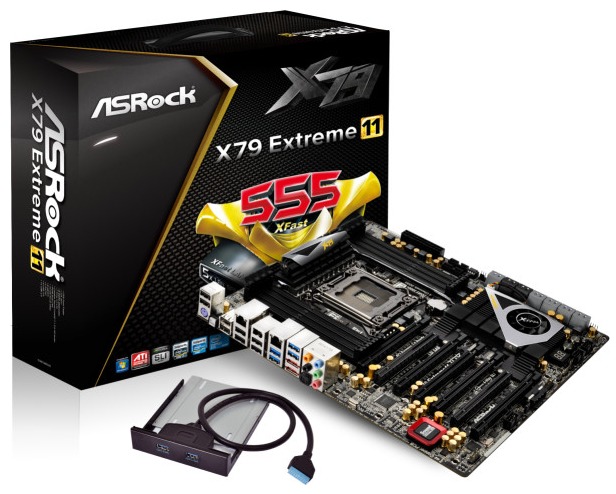 Just to refresh your memory in case you forgot, Intel Smart Response Technology makes your solid state drive function as the cache for your hard disk drives, so that you may possess the speed of solid state drives and the capacity of hard disk drives simultaneously. Users can update the latest Intel Rapid Storage Technology driver (ver. 3.5.0.1101 or 11.6) and P1.60 BIOS to witness the speed boost by Intel Smart Response Technology right now.

ASRock X79 Extreme11 is the most powerful motherboard on earth. It uses an abundant 24 + 2 Power Phase Design, eight SAS2/SATA3 ports from LSI SAS2308 that goes up to 6.0 Gb/s, 2 PLX PEX 8747 bridge chips to support 4-Way SLI or CrossFire in x16/16/16/16 mode. And now it's the world's first X79 motherboard to support Intel Smart Response Technology! ASRock has proven once again that we are committed to bring cut edge technology closer to people, and not only with top end products. We are also planning to release Intel Smart Response Technology on all other X79 motherboards, so that every ASRocker can enjoy the trendiest technology. 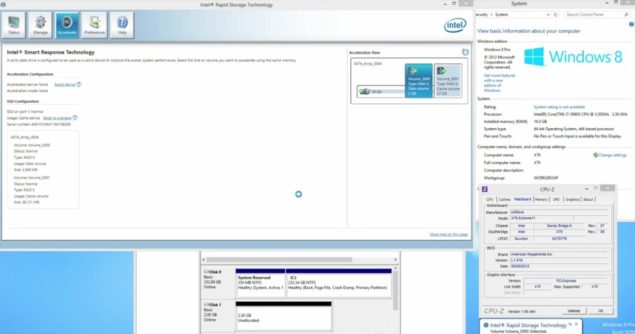