We already know from previous reports that ASRock was preparing their flagship Z87 Extreme11 motherboard. The company showed the motherboard at their Computex 2013 booth equipped with 22 Plextor SSDs. 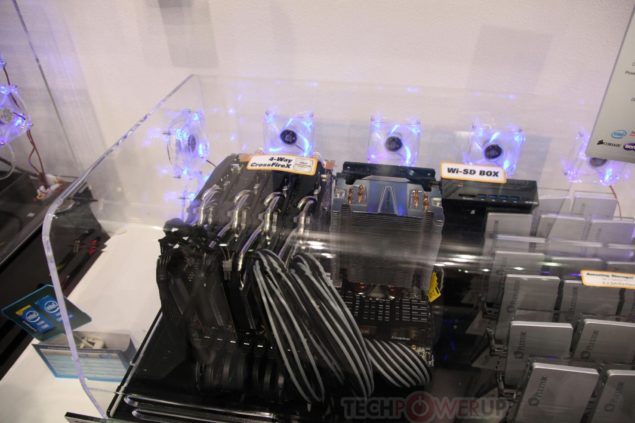 Images are courtesy of TechPowerUP!

The ASRock Z87 Extreme 11 would come in two models, one with the 802.11 ac WiFi chip and the other without it. The Z87 Extreme 11 would be equipped with the LGA 1150 socket to support the Intel Haswell CPUs and the Z87 chipset. The motherboard features three sets of large aluminum heatsinks with heatpipe and fan cooling solution. The CPU socket is powered through dual 8-Pin connectors and the motherboard makes use of the top quality A-Style components which would allow better overclocking.

The motherboard comes with a large variety of ports, starting with the storage options which include 22 SATA 6 GB/S ports and 3 SATA 3 GB/s ports. This is the biggest amount of connectors ever featured on any motherboard. If that's not enough, the motherboard also offers three m-SATA ports, one of which is occupied by the 802.11 b/g/n Wi-Fi module while the other two can be equipped with any add on card or m-SATA SSDs. The PCH heatsink is quiet large and could hold a PLX chipset to offer more PCI-e lanes to the four 3.0 x16 expansion slots that offer quad-way SLI and CrossFireX Support. The motherboard also comes with three PCI-e 3.0 x1 slots. For sound the Z87 Extreme 11 has been equipped with the A-Style Purity Sound chip that offers top of the line quality audio through the 8.1 channel jack. The motherboard comes in the XL-ATX for factor and is fully loaded for enthusiasts and overclockers.

For I/O, ASRock has equipped their Z87 Extreme 11 with dual Intel thunderbolt ports, a bunch of USB 3.0 / 2.0 ports, HDMI, Display port, Dual Gigabit Ethernet LAN ports and a PS/2 connector. ASRock didn't comment on the pricing or the release date of the board but it sure would cost quiet a lot considering the features it pack. 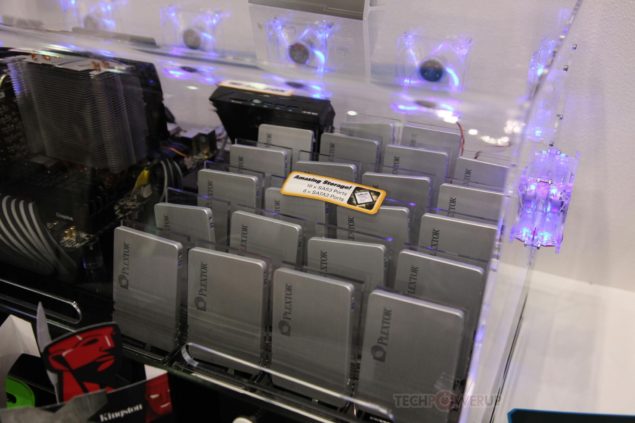 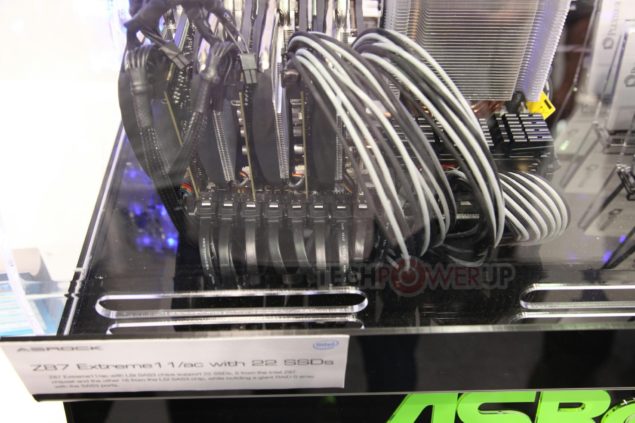