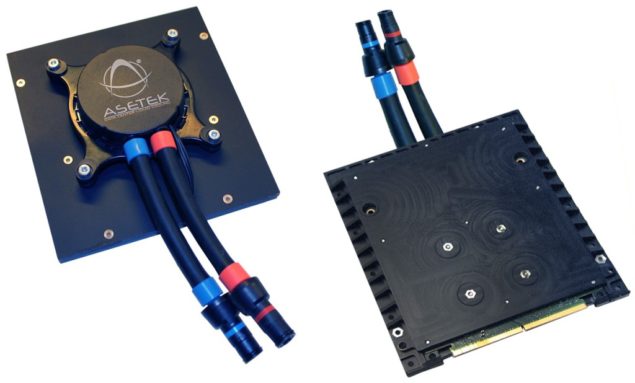 Asetek direct-to-chip technology captures heat directly into liquid and removes it from the data center in an all liquid path. Asetek liquid is 4000 times more efficient as a coolant than air. With this efficiency, Asetek RackCDU makes deploying high density racks more practical at a data center scale while simultaneously reducing data center cooling energy consumption by over 50%. Density is particularly important in HPC/supercomputing applications where large numbers of servers work simultaneously on the same problem and maintaining short communication paths between servers is critical to the overall performance of the supercomputer.

Asetek will display its liquid cooling solution for NVIDIA Tesla K10 and K20 GPU accelerators at SC12 in booth #4045. The booth will also include a full display of Asetek's groundbreaking hot-water, direct-to-chip RackCDU liquid cooling systems. SC12 is being held in Salt Lake City, Utah – November 12-15.

Daybreak Game Company to Be Acquired by EG7 for $300 Million