Chipset makers and designers are running towards the smaller lithographic process and is it any wonder that ARM has joined the bandwagon too? Only recently, information from Weibo was able to disinter information concerning the designs of ARM’s Cortex lineup of processors that were going to be processed on the 10 and 16 nm architecture. No doubt that the company’s next succeeding processor to be released is Cortex-A72, but let us take a closer look and see what the chips designer is really up to. 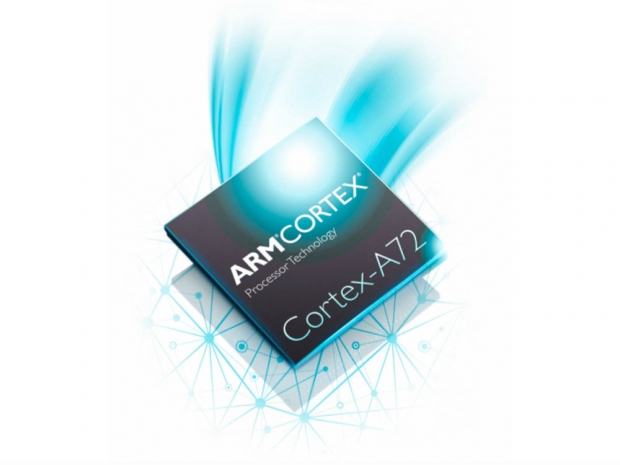 Ares, Prometheus, Artemis, Ananke And Mercury Are Codenames Of The Company’s Cortex Designs

It appears that the top researching group stationed at ARM displays a strong affinity for Greek mythology because the aforementioned chip designs have codenames based on that. According to the leaked details, ARM will have a total of five new CPU cores that will be processed on 10 nm and 16 nm class processes. The company will be heading to a new horizon. This is because instead of having two cores like the current Cortex-A57 and Cortex-A53, ARM will be looking to introduce a new medium tier. 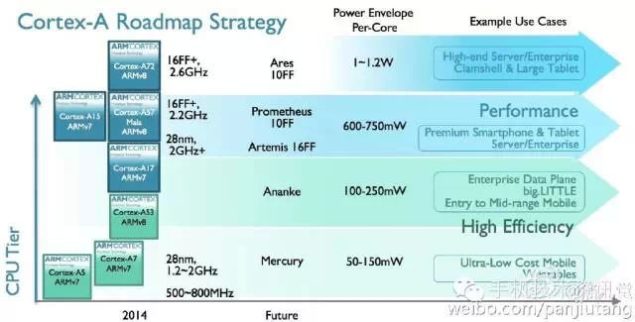 The above roadmap image taken from the website suggests that Cortex-A72 will eventually be replaced by Ares, which happens to be a 10 nm design that will consume a maximum of 1-1.2 watt per core. Ares is not going to be designed for smartphones. Instead, the company hints to target the server and tablet market in the foreseeable future.

Cortex-A57, which happens to consume 256 percent more power compared to Cortex-A53 will eventually be replaced by Prometheus, which will also be processed on the 10 nm process. Thanks to its lowered power consumption (600-750 mW per core), these chips are going to be incorporated in to high-end smartphones and tablets. Coming to the chips which are going to be assimilated in to mid-ranged mobile devices, parts of Cortex-A57 and Cortex-A17 are going to be replaced by Artemis, which happens to be a 16 nm process and consumes the same amount of power as Prometheus.

Ananke and Mercury are designed for high efficiency, at 100-250 mW and 50-150 mW respectively, and if you are on the same page as us, then you will know that Mercury will most likely be present in entry-level smartphones, tablets and of course wearables. It will replace some Cortex-A53 parts, along with 32-bit Cortex-A7 and Cortex-A5. ARM has currently not stated as to when the new lineup will be fitted in to mobile devices. Our guess is looking at a timeline of mid-2016, but the deciding factor will be ARM’s own efforts.