Russian publisher My.com announced yesterday that the Armored Warfare Open Beta is now live. Players from all over the world can jump in and play, with English, German, French, Russian and Polish languages already available. 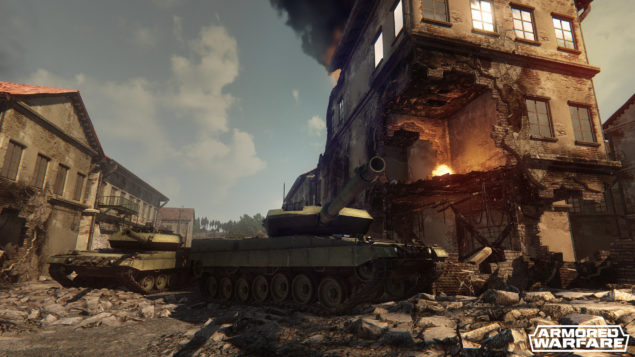 Armored Warfare is one of two projects made by Obsidian Entertainment, the developers of Pillars of Eternity, in collaboration with My.com; the other one being MMORPG Skyforge. Feargus Urquhart, Founder of Obsidian, added the following statement:

Armored Warfare heading into Open Beta is an incredibly exciting time for the team here at Obsidian. After several years of development, and months of Early Access Testing, we are looking forward to showing off everything we've created. We want to thank you, our fans and the community, for all their support, input and all the great feedback we've already received. Your passion for the game, and ongoing input, is critical to making Armored Warfare a success.  Open Beta is a big step forward for us, and it's one that will bring new challenges, as we test our game services and features with more gamers than ever before. However, these are challenges that we are really looking forward to with Armored Warfare. Getting to make the game better based how you play the game, and your insights, is something we have been looking forward to for months and months. And, while that is all going on we are continuing to move forward creating new maps, new vehicles, and some cool new features we will talk about soon. It's really an exciting time in Armored Warfare land right now, and for the months, and years to come.

According to the press release, the CRYENGINE powered game offers PvP battles and cooperative PvE missions, with more than 60 modern armored vehicles to choose from. Armored Warfare will be Free-to-Play like Skyforge. Obviously, you can also buy Collector's Editions which will grant you Premium account time, credits, gold and +25% bonus XP & credits for two weeks.

The Armored Warfare Open Beta will receive regular content updates including new PvP & PvE maps, additional vehicles and more; also, it is important to note that all progress and items purchased will carry over to the full release.

It will be interesting to see whether the game succeeds in leeching some players off World of Tanks and/or War Thunder. If you do download the Armored Warfare Open Beta, let us know what you think of it by leaving a comment below.