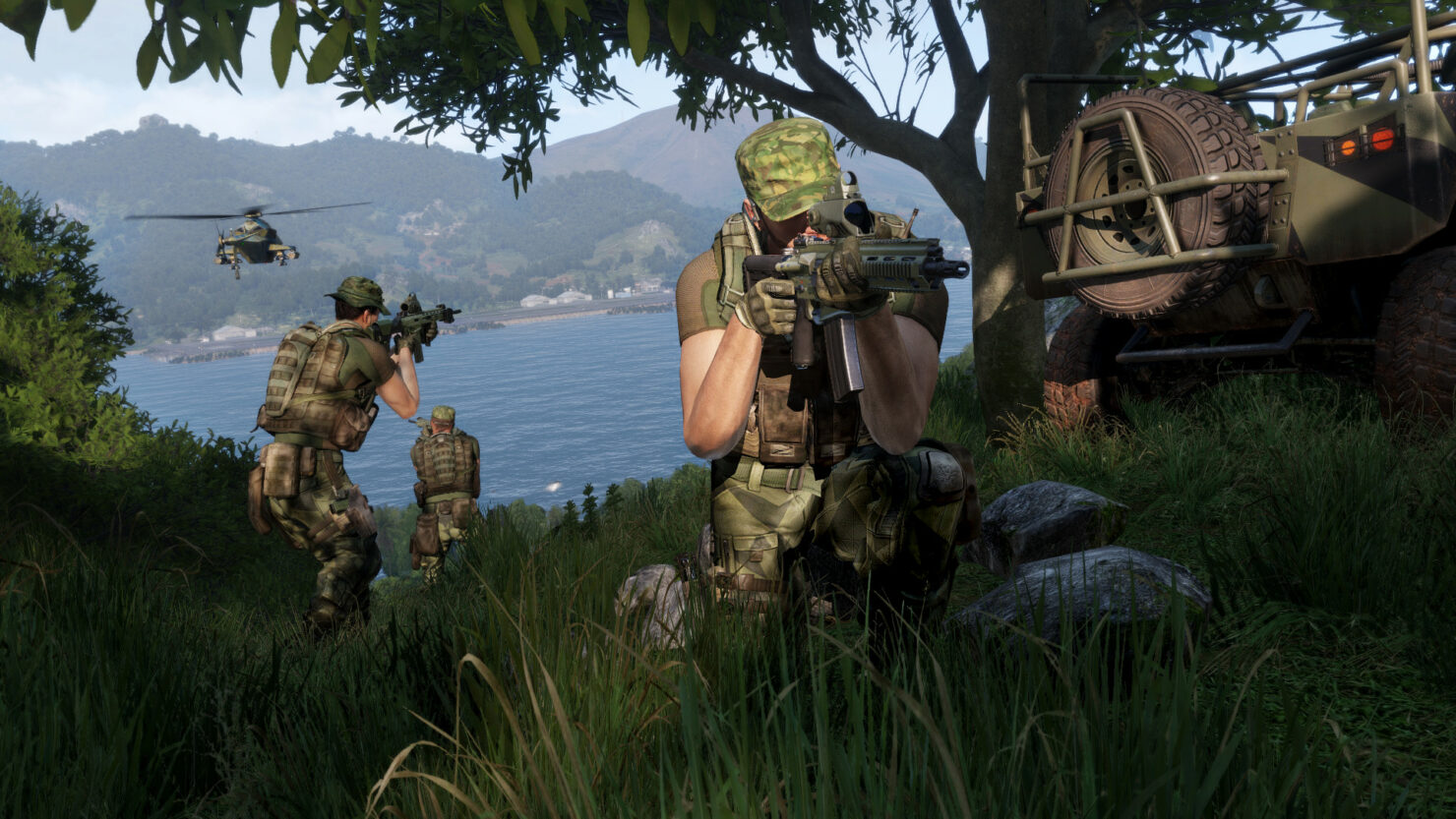 The highly anticipated Arma 3 Apex expansion is finally here, priced at €29.99. According to Czech studio Bohemia Interactive, it represents the pinnacle of fifteen years of Arma development by introducing fresh opportunities to combat operations.

The biggest addition is obviously the new terrain, the archipelago of Tanoa. There's also a campaign that can be played cooperatively with up to four players and a dynamic difficulty. Here's a comprehensive list of the features.

With Arma 3 Apex, there's never been a better time to get into the series. Built upon a diverse, open platform, the expansion offers up a multiplayer-focused set of content, complimented by some great new additions to our arsenal, all set in the truly splendid backdrop of Tanoa - a fresh experience of combat, and an exicting new sandbox for our dedicated community.

We've been focused on Arma 3 Apex for over two years, and it's incredibly satisfying to finally see all of that hard work come together. Tanoa is without doubt one of the best terrains in the Arma series, providing an experience that we can only refer to as a "green hell". Together with the new vehicles, weapons, uniforms, accessories, and of course the co-op campaign, we are certain this will keep players engaged in combat for a long time. I'm extremely proud of what the team has achieved. This really is the Apex in Arma 3's development journey.

If you're new to the game and would like to begin with Arma 3 Apex, there's an Apex Edition priced at €59.99 which delivers the complete experience.