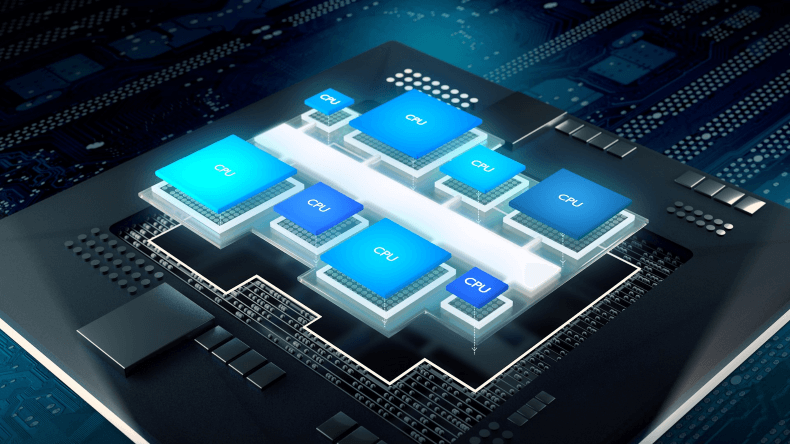 Talking computing, the future seems to be upon us. Smartphones are getting old and PCs replaceable. The future will consist of cloud computing, IoT and artificial intelligence. Today, British design house ARM makes some big announcements. The chip maker is known worldwide for its solutions. Almost every portable processor is based on its design and now, it looks like ARM's ready to expand its influence even more. Take a look below to find out more.

Make no mistake. DynamIQ is a big jump for ARM. The company is known for its big.LITTLE CPU architecture that pervades the current smartphone landscape. With DynamIQ, ARM will take this to the next level. The design house claims that with the tech, performance architecture across various platforms will combine. Now, a similar platform will operate across the company's platforms for cloud computing, AI, automobiles and of course, smartphones.

The advent of 10nm has shifted the focus for mobile processors. Now, it's all about power efficiency rather than top frequencies. DynamIQ is designed just to capture this trend. Now, we'll be able to see up to eight cores in a single cluster. big.LITTLE will evolve from 4x4 to 1x7, 2x5 and others depending on needs. It will also eliminate the need for the 'LITTLE' cluster completely, so that high performance is delivered for the right applications.

According to ARM, DynamIQ offers a nearly unlimited design spectrum. A big win for the technology is the capability to integrate both high and low performance cores in a single core. So while previously, processors were limited to clustered performance, now, A72 and A53 cores will co-exist in a single cluster, with shared memory. The true impact for this will be felt in performance intensive platforms such as networking and cloud computing.

It will separate performance into clusters, which lead all the way from smartphones, to Artificial Intelligence. DynamIQ is a big step for the company and its partners. It allows a lot of flexibility and customization, while staying inside the current definitions for performance and speed. A simple, layered processor hierarchy will allow a lot of choices for everyone and simplify things a great deal.

A major focus for the tech is artificial intelligence. ARM claims that with DynamIQ, AI computations will receive a 50x boost over the next five years. It will reduce the amount and time spent between devices and cloud communication. As the system processes more data, the need to communicate with external severs will reduce. Furthermore, through lower latency and higher bandwidth, the communication that does take place will be faster.

These results will combine to provide wins across a multitude of platforms. The company specifically mentions benefits to systems such as Advanced Driver assistance. Finally, all this increased workload on the device will also provide immense benefits to data security and privacy. In-house processing means lesser reliance on the cloud, which in turn reduced odds of data interception and breach via cloud systems.

Finally, as mentioned above, DynamIQ will also improve power efficiency for processors. The ability to house multiple core configurations on a single cluster will play a major role here. When cores such as the Cortes A72 and the A53 are on a single cluster, they won't exceed required thermal envelopes owing to finely tuned granularity. Essentially, the cores will be working in 'close proximity' resulting in less heat generation when switching workloads.

Talking about workloads, DynamIQ also feature autonomous power management. Now, memory will be automatically allocated based on workload intensity. High demand applications will have the greatest memory available, by default. Finally, power state latency is another aspect which the technology will control. By reducing time spent switching between states, boot times will increase and power consumption will reduce as processors will quickly enter low power states.

Intel Core i9-12900KS 5.5 GHz CPU Smiles For The Camera As It’s Shipped To First Customer Ahead of Launch