Upcoming ARM-Based MacBook Will Feature a Brand New Chipset, Not One Belonging to A-Series, Says Tipster 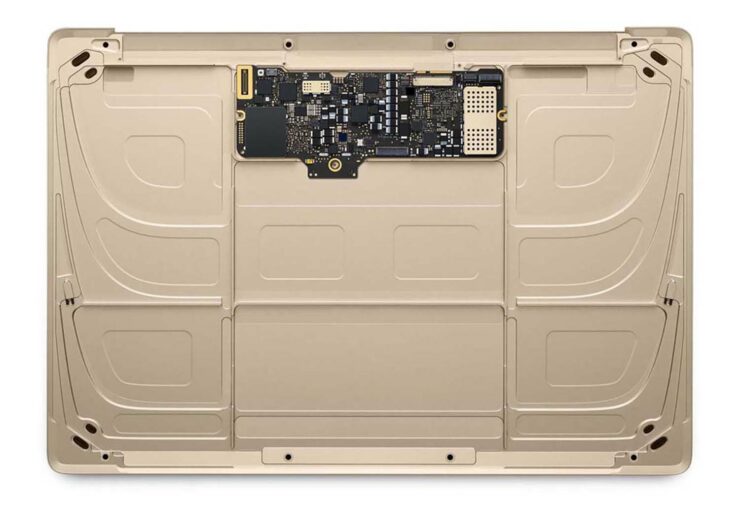 Previously, when the ARM-based 12-inch MacBook specifications were provided by a tipster, the details mentioned an A14X Bionic SoC, which we believe is the same silicon expected to be found in the new iPad Pro models that will also provide 5G support. However, things have taken a different turn here because a different individual who goes by the name Jiorīku claims that the first ARM-based MacBook will feature a completely different chipset.

On Twitter, Jiorīku believes that the upcoming machine will not feature an A-series chipset that we’ve all known to come and love. Instead, it will be a completely different silicon sporting a new name. However, we’d like to think it as a chipset that may be a slightly altered version of the upcoming A14X Bionic that’s tailored to fit inside the chassis of a MacBook, not an iPad Pro. This can mean that the die size may be bigger than the size of the silicon running in the new iPad Pro models.

To remind you, not all chipsets bear the same sizes, despite being made on the same manufacturing process. For example, the upcoming Kirin 1020 is rumored to be larger than the A14 Bionic, even though both chipsets are likely made using TSMC’s 5nm technology. Similarly, the ARM-based MacBook could feature a bigger-sized silicon, with rumors claiming that the processor will have a total of 12 cores, where eight of them will be performance ones, while the remaining four will be focused on efficiency.

Quick reminder that the ARM SoC in the new MacBook will not be the A series everyone knows. Not anything like A14X (example) anyway.

It's a brand new SoC made only for the MacBook

One massive advantage of the ARM-based 12-inch MacBook is that it’s rumored to start from $799, making it much cheaper than the Intel-based versions and possibly even faster, but we’ll have to wait for the benchmarks to confirm this. It’s also reported that an ARM-based 13-inch MacBook Pro’s production is slated to start in Q4, 2020, so let us see if we get to see two models from Apple instead of one.

As for the name of the upcoming new SoC for the ARM-based MacBook, why don’t you share your thoughts on what it might be called when it announces?