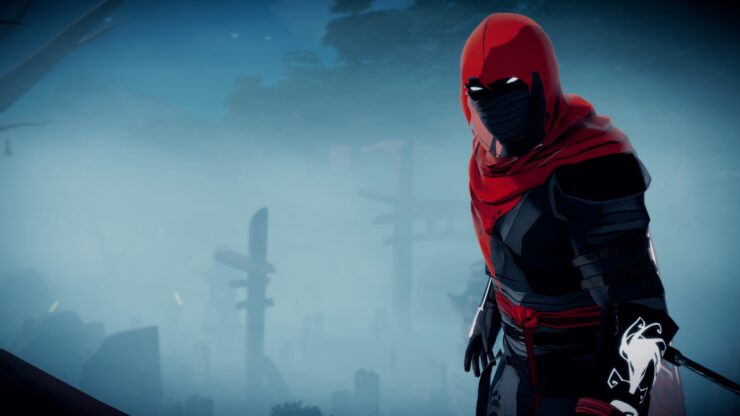 I love stealth games. That should immediately be obvious by the fact that I initially went stealthy in my time with Dishonored 2. I always knew I'd get my fix of stealth from that. What I wasn't aware of, until the lovely people of Merge Games told me about it, was another ideal game. That being Aragami, developed by Lince Works. As soon as I watched its trailer, I knew I had to try it out. The first two levels were playable at EGX and I have to say that I was impressed.

Aragami actually puts you in the shoes of the titular character. What he is though, is something quite strange. Aragami is an undead ninja, summoned from the shadows by an imprisoned princess called Yamiko. The main aim is to rescue her, of course. However, the game will feature collectible scrolls that will unlock part of Aragami's (the character) history.

What has really made Aragami appealing to me is that it's a game that truly gives you choice. Aragami is a powerful character with equally powerful abilities. Not that this means it'll be easy. If you get hit, it’s one hit and you're dead. Do you sneak? Do you kill? These are choices you'll have to make throughout the game. 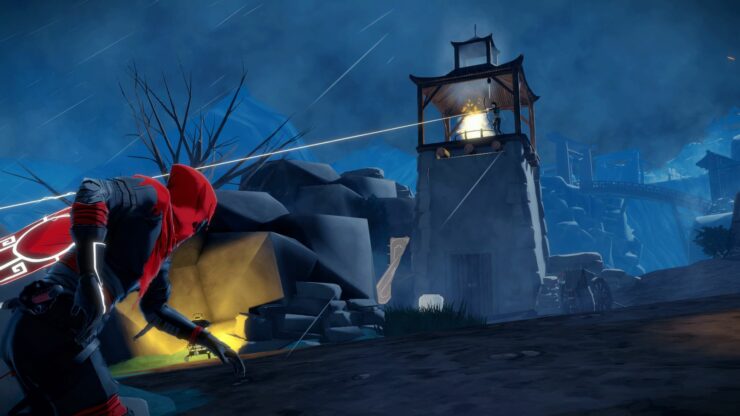 Being a creature born of the shadows, Aragami has a number of powers that are also shadow related. His best means of travelling around is through teleporting between shadows. He is also able to create shadows on any surface to actually teleport to. These same shadows also charge his powers, while standing in light drain them. These are represented through bars highlighted on his cape. It actually results in there being no UI, everything is represented in some other way.

Other abilities, as we have discussed before, include creating shadows to swallow up and hide any enemy bodies. Create shadow clones to distract enemies and even create a black hole of sorts to suck up any nearby enemies. These all work together to allow you to play in one of two styles. The developers like to call these either Ghost Style or Demon Style. The former being without killing enemies and staying hidden, the latter taking the approach of killing the enemies and clearing the levels that way. All of the abilities are highlighted in a video that Lince Works uploaded to their YouTube channel.

My experience when playing Aragami was a very positive one. I was able to play the first two levels, the first acting as a tutorial stage, and complete both as ghostly as possible. In the first I was able to stay relatively hidden while I learned the ropes. Eventually I found myself zipping between shadows, hiding from enemies and using altitude, structures and their lines of sight to stay as hidden as possible. 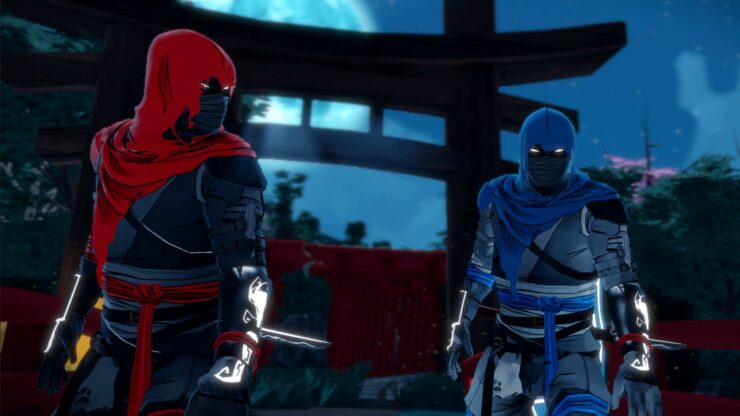 Of course it wasn't ever going to go perfectly. I'm simply not that good at stealth games to manage them in a situation where I'll actually be timed on it. Something not entirely conducive for playing one at an event. The first level I was able to complete with three stars, as well as meeting two of the three hidden objectives (revealed at the end of the level). I only died once.

But the second level. Oh dear. It threw in something more challenging, a fairly open map with multiple paths and enemies. This is something the game really wants to do, letting you find your own way through. Solving a game in your own way is always a positive and adds a good sense of success. I, however, was adamant that I wasn't going to kill anybody. That didn't stop them finding and killing me maybe eight times. Eventually I got through, making a good number of mistakes along the way. But that sense of accomplishment and success was great.

Aragami will actually be released in less than a week, both the PC and PS4 versions will be released on the 4th of October. Speaking with the representatives, it is possible that the game may eventually come to the Xbox One. With 13 levels in total, later ones are said to be larger and more complex, I was told that the game will take on average 8 to 10 hours to complete. Collecting scrolls, setting yourself challenges and completing the hidden level targets can only increase the replay value.

What I haven't covered is something that I wasn't able to experience at EGX, that being the co-op mode. The game will allow for two players to play together online, doubling your chances of being spotted! But genuinely, I imagine it will actually allow for some inventive teamwork. You can check out some co-op gameplay in the new video below.

I'm looking forward to Aragami. A stealth fix is always good, and there's less than a week to wait. It plays well, there's a great deal of variety on show and I've said little about the extremely colourful and beautiful art style.