Living in the dormant for the past five years, Apple's Twitter account is now highlighting its existence. Previously, the Twitter account was living in isolation, but now the account has been incarnated with an Apple logo for the profile picture and the iPhone 7 event visual as the cover. For what it seems, the company seems to be gearing up its Twitter account ahead of the September 7th event.

Since nothing about it is official yet, we would just have to wait and watch what Apple tweets. It's definitely, not the first time that the company has looked at Twitter as a mean to reach customers and a wide range of audience. While the account now looks pretty much usable, some have high hopes that Apple would live stream its September 7th iPhone event.

In the past few years, the iPhone-maker has deemed to listen to consumer feedback on its products and services. More importantly, the trend grew last and this year as the company made a few handy accounts for users. Apple has previously created Twitter accounts that it started using after years. For instance the @appstore account was used after two years of when it was first created. So the dots do connect and possibly Apple would have a reasonable explanation for this. 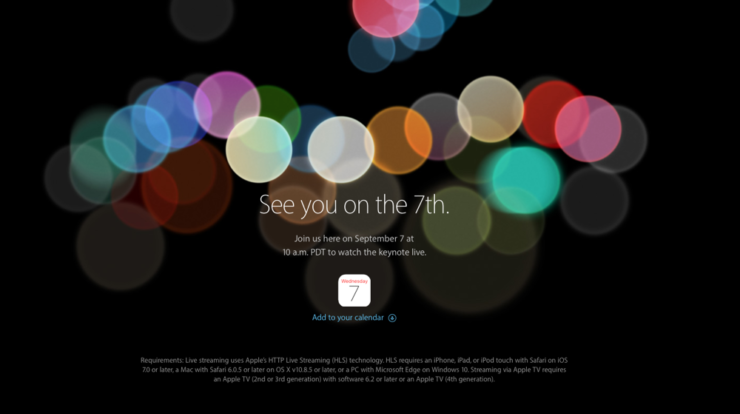 The latest on the subject is Apple's @applesupport account. the account was made in March of this year and serves users with tips and tricks. Apart from this, the account also dishes out answers for customer support queries. Indeed, Apple provides outstanding support to its customers and its Twitter accounts are a perfect example.

The iPhone 7 is set to launch on the 7th of September and there are a handful of leaks and rumors running wild in the rumor mill. While some leaks address the internals of the next in line iPhone, other strongly suggest that a new darker color will be available. Nonetheless, Apple's events are always full of surprises and it will be exciting to see if the company decides to add a little more magic. Check out our roundup for what the company might launch on the September 7th event.