We recently covered Apple's acquisition of the popular yet very powerful automation app for iOS in March. The app is called Workflow and it allows you to do a lot of automation which is not possible via the standard iOS controls. When we say powerful, we mean that the app is capable of connecting apps, creating different shortcuts and devising actions to those shortcuts. Now, the highly useful app has been listed under Apple's 'Apps made by Apple' section in the App Store. So let's dive in to see some more details on the subject.

The Workflow app basically allows users to create custom shortcuts for various complex tasks, which would generally take a longer period of time to accomplish. For instance, you can create shortcuts like sending a message to a specific person, letting them know that you will be late for a certain event. Moreover, you can make Reminders app. If you're up for it, the Apple Design Award winner is available on the App Store with absolutely no charge. 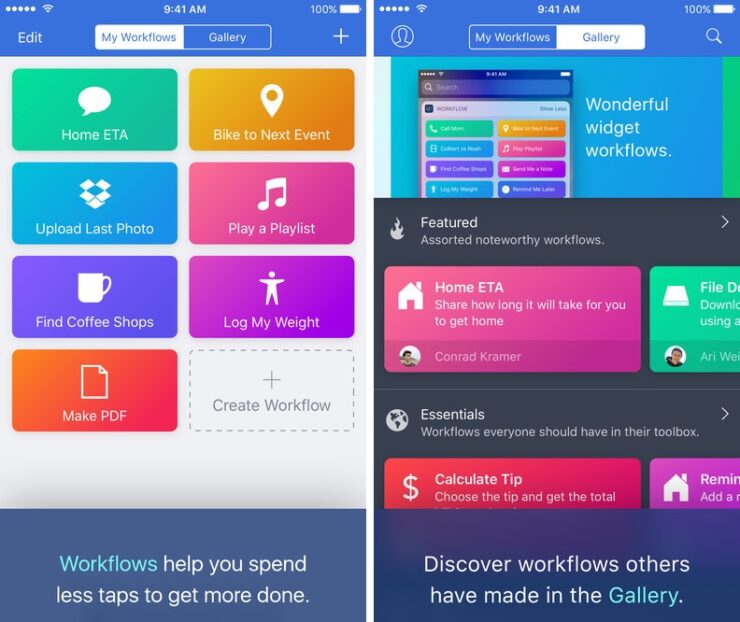 Speaking of Workflow being free, it wasn't always available without a price. Before Apple acquired it, the developers had put a hefty price tag on it. Apple saw the potential of the iOS automation app, acquired it and ten offered it for free. There are a lot of similar apps on the Android front but none of them actually pays enough attention to the accessibility as Workflow. Apple on the acquisition stated:

“The Workflow app was selected for an Apple Design Award in 2015 because of its outstanding use of iOS accessibility features, in particular an outstanding implementation for VoiceOver with clearly labeled items, thoughtful hints, and drag/drop announcements, making the app usable and quickly accessible to those who are blind or low-vision.” 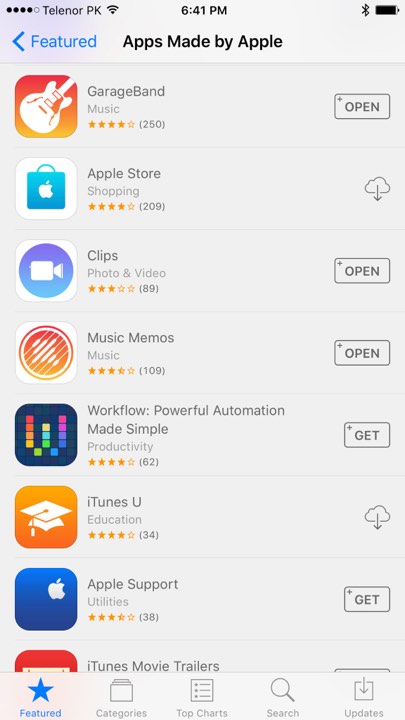 The Workflow app is also pretty similar to the IFTTT service that lets users create shortcuts for complex tasks. The Workflow app was developed by an ex jailbreak developer and here's what Ari Weinstein had to say on Apple acquiring the app:

“We are thrilled to be joining Apple. We’ve worked closely with Apple from the very beginning, from kickstarting our company as students attending WWDC to developing and launching Workflow and seeing its amazing success on the App Store. We can’t wait to take our work to the next level at Apple and contribute to products that touch people across the world.” 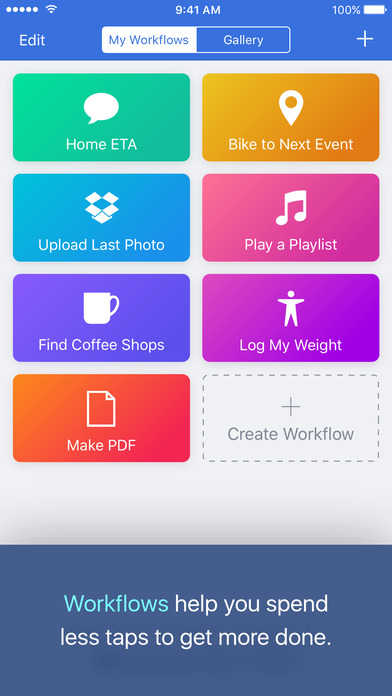 The app is designed pretty well, as it solely performs the functions as intended. Moreover, the interface is clean and the app is also user friendly. Apple has now put the app under its 'Apps made by Apple' section in the App Store, so be sure to check it out.