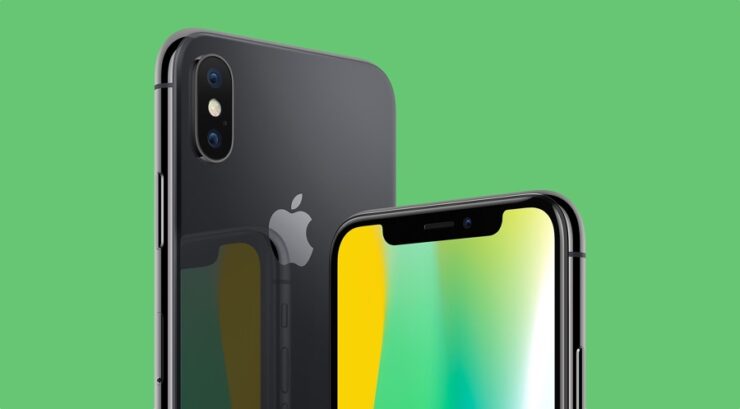 The iPhone X was a big hit when it was officially launched last year. Bagging 29 million units in Q4 of 2017, the iPhone X lead the industry in terms of its all screen design and appeal. Now we are seeing various Android smartphone manufacturers adopting the notch in all of its glory. However, the technology hidden underneath the iPhone X is quite complicated follow and was previously speculated that it is ahead of all Android competition. Now that the iPhone X is out of buzz, we are seeing the device shipments falling by half in Q1 of 2018. So let's dive in to see some more details on the matter.

This is not the first time that Apple's flagship smartphone shipments have declined in the first quarter. Usually, the shipments fall with time and this year, we are seeing a decline of almost 50 percent. According to Canalys estimates, Apple shipped "fewer than" 14 million units of iPhone X in Q1 2018. In Q4 of last year, Apple shipped 29 million units of the iPhone X. This is a major fall as the device has aged over time and possibly users have lost interest.

The decline in shipments suggests slowing down iPhone sales and it's a matter of concern for the Cupertino head. The decline could be due to the hefty price tag that the device holds. $999 for a smartphone is a lot for a smartphone for an average user. Now that dual camera smartphones and 18:9 aspect ratio displays are becoming a standard, there is no other justification to ask for a grand for a smartphone.

“Apple’s iPhone X performance in Q1 is a clear indication of the challenges that premium smartphones now face,” said TuanAnh Nguyen, Analyst at Canalys. “The novelty of premium smartphones is wearing off, and features such as 18:9 displays and dual cameras are being commoditized quickly to lower ASPs. While Samsung has tackled the issue of slowing demand for premium smartphones head-on by announcing trade-in programs and partner-driven offers, new smartphones from Huawei and Google’s Pixel smartphones are primed to dent its sales quicker than Samsung can anticipate.”

In addition to this, despite falling sales, there is no official word from Apple regarding a price drop which could potentially boost sales. However, there are certain discounts from Carriers but they're not contributing much to raise the shipments as well.

There will be more to the story, so be sure to stay tuned in for more details. This is all for now, folks. What are your thoughts on the iPhone X's falling sales? Share your views in the comments