Apple has taken the wraps off its free App of the Week, and the honor goes to a super high quality title which goes by the name of Warhammer 40,000: Deathwatch - Tyranid Invasion. 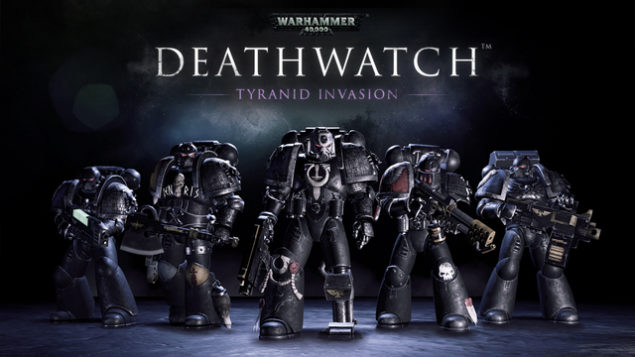 Warhammer 40,000 Features Killer Graphics, Insane Gameplay, And It's Free For A Limited Time!

There's an entirely different category of games available on the App Store that, apart from commanding a price tag, also offer graphics that come pretty close to what we see on consoles these days. Warhammer 40,000 happens to be one of those games, in that it features high-quality graphics, topped off with gameplay that's massively entertaining, as well as thrilling.

Warhammer 40,000: Deathwatch: Tyranid Invasion is a turn-based strategy game, set on the edge of Imperial space, where your Space Marines will take on the Tyranids in a series of tactical engagements. From war ravaged cities, to the insides of Tyranid bio-ships, the missions will see your Kill Team rise in strength and skill as you face ever greater threats and peril.

FIGHT: Embark on a journey to save the sector from the alien threat. Battle through 40 missions and smash your enemies.

LEVEL UP: Gain experience points on missions and spend them on your Space Marines to unlock powerful skills and abilities.

The game features in-app purchases as well if you want to level up and finish things off quickly than anyone else. But it's also worth mentioning here that you can still complete the game without ever having to nab yourself an in-app purchase, so big props to the developers for that.

Warhammer 40,000 is usually available to download for a small price of just $1.99, but thanks to Apple, you can grab the game absolutely free of cost till next Thursday, so hurry up before it regains its original price tag.

You can either download the game directly from the App Store itself by doing a search from your iPhone, iPad or iPod touch. Or you can take the easier route of by simply tapping on this link from your mobile device and get downloading immediately.

Since Warhammer 40,000 is a high quality title, therefore it won't run on low-end hardware. The developer recommends that you at least have an iPhone 5, iPad 4, iPad mini 2 or the iPod touch 6 to get the ball rolling. With that out of the way, jump right into action and let us know what you think about the game itself!