Apple has announced its App of the Week, and the honor goes to 'Piloteer' for iOS. For more details and download link, hop right in. 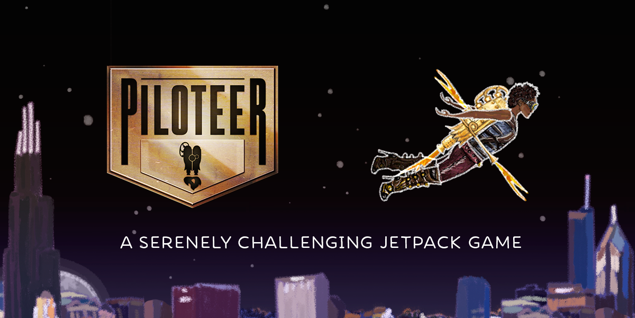 Piloteer Is A Challenging Physics-Based Game About Learning To Fly

It's great to see that Apple has made it its habit to bring forward a premium app or game to iOS users, and offer it up for download absolutely free. This time around, the Cupertino giant has brought forward Piloteer, which is a "challenging physics-based game about learning to fly."

In Piloteer, a whimsical and serenely challenging physics-based game about learning to fly, a renowned inventor is determined to overcome the stigma associated with flying a jetpack and convince the world that jetpacks should be revered by all.

Blending elements of both physics and trick-based games, players will need to maneuver their state-of-the-art jetpack through the skies while completing a myriad of increasingly difficult missions to change public perceptions.

Players will find themselves immersed in a wholly integrated physics simulation, making the beautiful world around them feel dynamic, unpredictable, and alive.

Ridiculous failure is imminent in Piloteer, making the accomplishments along the way feel all the more rewarding. Put on your jetpack and take to the skies!

If you're looking for some physics-based action on your mobile or tablet, then look no further than Piloteer. And given that the game is universal, meaning that the title will work on iPhone and iPad, the entire 'free deal' is sweetened to a great extent.

There are two routes you can take to download Piloteer onto your iPhone, iPad, iPod touch - the first one involves you launching the App Store on your device and then doing a search for Piloteer, subsequently downloading it. The second route is a rather simple one - simply tap on this link directly from your device and you're good to go. We're quite certain that you'll take the latter route for obvious reasons.

Having taken Piloteer for a spin on our iPhone here, we have to admit that the title is quite fun and addictive. We're pretty sure that users won't treat this particular game as a 'quick fix title' as it offers a lot of entertainment for an extended period of time.

We recommend that every user give Piloteer a shot, after all, it's absolutely free for one whole week, and there's no harm in trying out a premium game on your iPhone, iPad, iPod touch, that too courtesy from Apple itself.