Apple has taken wraps off its free App of the Week and the honor goes to 'MarcoPolo Ocean.' 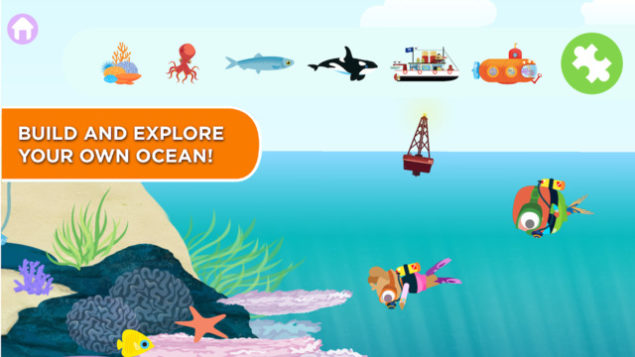 MarcoPolo Ocean Is Apple's Free App Of The Week, Priced At $2.99 On A Regular Day

MarcoPolo Ocean is a game aimed towards children, allowing them to "Build a coral reef. Explore the deep sea. Create your own aquarium." While the main aspect of the game is to allow children to build and explore but it actually aims to enhance their vocabulary thanks to the game's carefully narrated structure.

Make dolphins jump. Build a coral reef. Explore the deep sea. Create your own aquarium. These are just some of the fun things you can do with MarcoPolo Ocean, a “digital sandbox” for kids to play in that sparks their interest in the most unexplored part of our planet – the ocean.

Six build-and-play activities bring the language and the images of the ocean to life. Ocean is playfully narrated and animated to reinforce vocabulary, physical attributes and ocean concepts.

While there are games out there on the App Store that have little or less resemblance to MarcoPolo Ocean, but this particular title is a very refined offering in a lot of ways, making it swiftly fall in the 'premium' category. Thankfully, Apple is giving everyone a chance to download MarcoPolo Ocean absolutely free, by putting it up as its 'App of the Week.' This in turn means that you can bypass the title's usual $2.99 price tag and snag the title up for free. Do keep in mind that this offer is only valid for one week only, after which the game will come back to its original price. But there is a chance that the title might stay free forever, provided the developer behind it decides to take that route.

Regarding compatibility, MarcoPolo Ocean is made to work across devices of any screen size, which means it will seamlessly work on an iPhone or iPad. In other words, MarcoPolo Ocean is a universal title, meaning one download to rule them all. The way it should be!

You can download MarcoPolo Ocean directly from the App Store, or by tapping on this link. We suggest that you take the latter route as it will save you a lot of trouble. And oh, if you do happen to take MarcoPolo Ocean for a spin on your iPhone, iPad or iPod touch, then be sure to let us know about it in the comments section below what you think about it.