Apple’s Free App of the Week is Goat Simulator – $4.99 Value 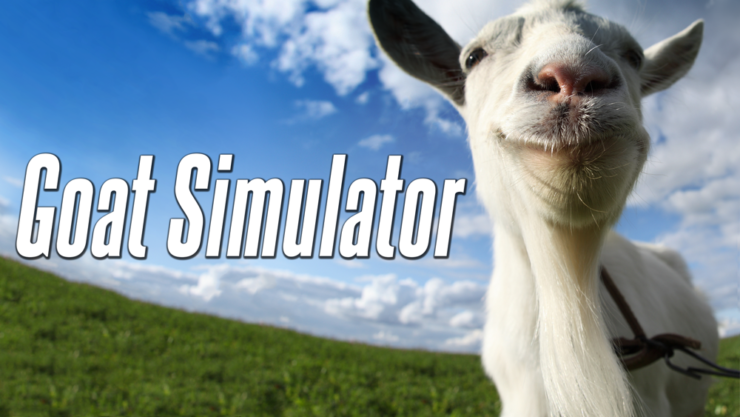 Goat Simulator has been named Apple's free App of the Week. Now is the time to give this legendary title a download!

There are tons of apps and games on the App Store that aim to do a wide variety of stuff. But nothing comes close to the awesomeness of Goat Simulator, crafted by Coffee Stain Studios. The game is available on Xbox, Android, PC as well as iOS, but it commands a price tag which some might find steep. Thankfully, Apple has stripped the game completely from its price tag of $4.99, allowing anyone to download it for free for one full week.

If you haven't figured it out already, Goat Simulator lets you take control of a goat and do all sorts of crazy things you can imagine. Just take a look at the game's description over at the App Store and you'll know exactly what you are dealing with.

Gameplay-wise, Goat Simulator is all about causing as much destruction as you possibly can as a goat. It has been compared to an old-school skating game, except instead of being a skater, you're a goat, and instead of doing tricks, you wreck stuff. more! When it comes to goats, not even the sky is the limit, as you can probably just bug through it and crash the game.

The disclaimer of the game is probably the best in the entire description:

Goat Simulator is a completely stupid game and, to be honest, you should probably spend your money on something else, such as a hula hoop, a pile of bricks, or maybe pool your money together with your friends and buy a real goat.

With all the important stuff out of the way, let's get to the downloading part, which you can kick off by tapping on the link below.

Having played Goat Simulator on multiple occasions, it might sound and look stupid at first, but it's actually quite brilliant. The way the entire title has been laid down is no less than work of art.

Now go out there and be a goat!