Apple’s Daisy Robot Will Recycle Minerals From Old iPhones, Will Share Tech With Automakers and More 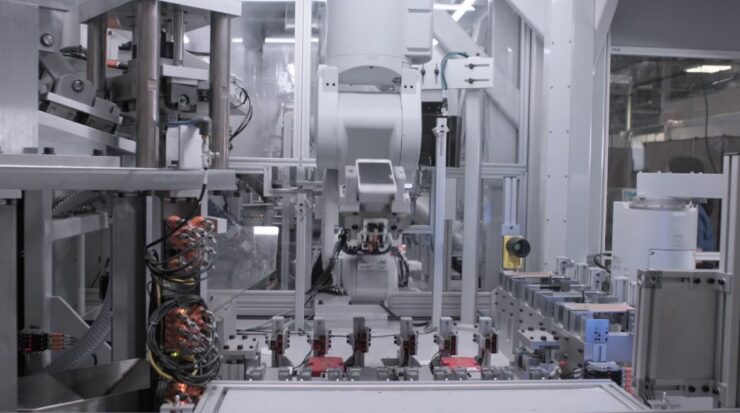 Apple is in the works to change how electronics are recycled. With growing concerns about the environment and the risk of damaging and depleting resources, the iPhone-maker is trying to revolutionize how components are recycled using a robot in order to recover important minerals. In addition, the minerals will be reused again. The company's Daisy robot plays an important role in the scenario. However, with the ever-growing demand for consumer electronics, there will be a need for new mines in order to extract minerals.

With Apple working on the recovery of important minerals, it says that the Daisy robot is part of its plan to become the "close loop" manufacturer that does not rely on mining. This approach is a little aggressive since several industry analysts have said that it is not possible.

Daisy has been designed by Apple to rip apart iPhones to extract and recycle 14 minerals which include Lithium. The robot is 20 yards in length and features a four-step process to segregate the iPhone's battery with a blast of -80°C (-176°F) air. The process allows the modules and screws to pop out of the iPhone.

The components extracted from the iPhone are then forwarded to recyclers for refining. As for efficiency, the Daisy robot has processed a million iPhone units in 2017 and it has the capacity to tear open 200 units in an hour. The company showcased its Liam robot that also played part in saving the environment.

While Apple's goals and objectives regarding recycling and extraction of minerals from its products are quite promising, iFixit chief executive, Kyle Wiens says that “There’s this ego that believes they can get all their minerals back, and it’s not possible.” However, Apple has other plans regarding its Daisy robot as well. The company said that it is considering to share the technology with electric automakers and others.

Lisa Jackson, Apple's environment, policy, and social initiatives head says that the company has decided the iPhone be the first from its product list to be disassembled by the Daisy robot. Regarding the mining scenario Tom Butler, president of the International Council on Mining and Metals said:  “Apple is in an enviable position because they can do this. Not everyone else will be able to follow suit.”

There will be more to the story, so be sure to stay tuned in for more details on the scenario. This is all for now, folks. What are your thoughts on the matter? Share your views with us in the comments section below.