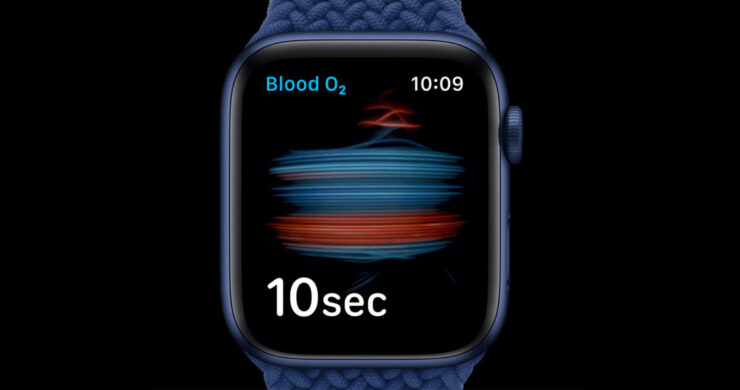 While it is impressive how much tech is packed into an Apple Watch, there is always room for more, such as glucose, or blood sugar monitoring, according to the latest report. An SEC filing reveals that a UK-based startup has a strong business relationship with Apple, and that might allow the new feature to become a part of the wearable in 2022.

The SEC filing does not explicitly mention that an Apple Watch model arriving in 2022 will feature glucose monitoring, but the UK startup’s connection with Apple could mean something important may materialize next year. As for Rockley Photonics, it specializes in designing sensors for monitoring a person’s glucose level using infrared light, sensors that might one day become a part of the Apple Watch.

With The Telegraph having spotted that Rockley Photonics intends to go public in New York, additional info regarding the company’s relationship with Apple has been unearthed. Apparently, the Cupertino tech giant is one of the startup’s largest customers, with two of Rockley Photonics’s clients accounting for 100 percent of its revenue in 2020. It is unclear if Apple is the biggest or second-biggest customer, but this hints that the company might use these sensors in a future Apple Watch, giving it blood sugar monitoring.

In fact, according to a previous report, the Apple Watch Series 7 would have this feature, but rumors suggest this wearable would arrive later this year, not in 2022. Assuming Apple has no plans to introduce a new smartwatch in the coming months of 2021, we can assume the Apple Watch Series 7 for 2022 would support blood glucose monitoring, on top of ECG support and an oximeter.

In short, the next Apple Watch would be better in every way imaginable, and it would obtain an even bigger market if it gains an additional feature. As always, we will continue updating our readers on the company’s plans, so stay tuned for more updates.

If you think the Apple Watch is nothing more than a plaything for your watch, perhaps you should check out the following stories below.