Here’s Why You Should Get An Extra Apple TV 4 Remote (Hint: It Breaks Easily) – Photo

The new Apple TV 4 has finally started to arrive on everyone's doorstep, with the device also available to purchase directly from an Apple Store. Unlike the previous generation Apple TV model, the new one comes packed with a ton of great features, and Apple has thrown in some extras into the mix ensuring that the device feels absolutely brand new for existing and new users both. All is great until you realize that the newly bundled Siri Remote is an easy biscuit to break as soon as it hits the floor, thanks to its glass front construction.

The New Apple TV 4 Remote Is Definitely Not Shatter-Proof

That's right, and we're not making this up - the Apple TV 4 Siri Remote breaks quite easily because the front of the remote is adorned by glass. One Reddit user learned that the hard way when his remote fell on a tiled floor from a height of about 2 feet. Even a smartphone can easily survive such a drop, but apparently, it's way above what the new Apple TV remote can handle.

Roommate had it on his lap while sitting on the couch and it dropped onto the floor (tiled) and completely shattered. I couldn't believe it, looked like it got ran over by a car.

Interestingly, you can walk into an Apple Store and buy yourself a new Apple TV 4 Siri Remote. But, again, there is a chance you can break it once more. If that's the case, then we highly recommend that you invest a little extra money and buy yourself a protective case for the new Apple TV remote. There are a bunch of great accessories that have started to emerge on online retail sites like Amazon, and they're worth the look. 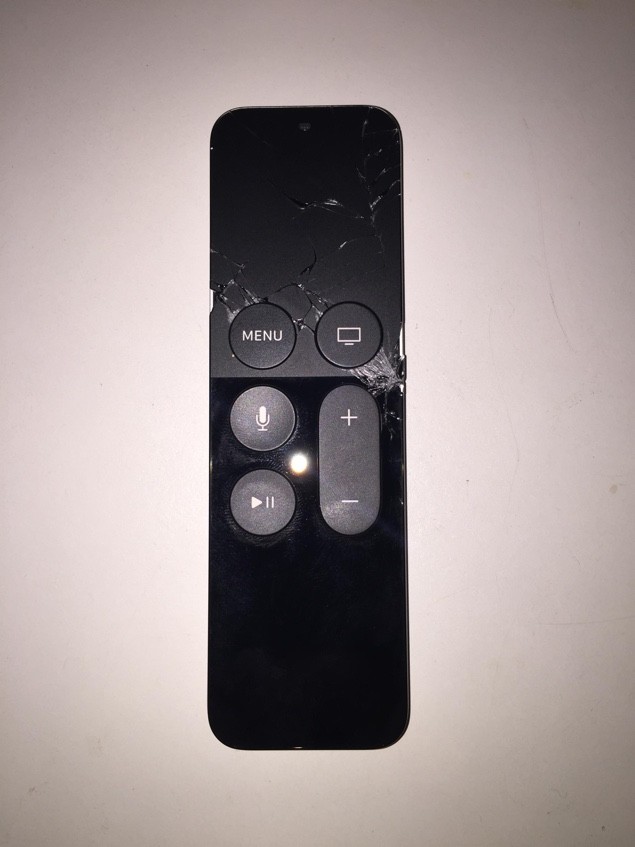 If you have set up your Apple TV 4 in an environment where there's no carpet, then we highly recommend that you set aside a little extra cash for some serious protection. A simple little case can actually go a long way in protecting your precious investment from giving up the ghost in a lot of situations.

The new Siri Remote only works with the new Apple TV 4 for obvious reasons, and if you have an older Apple TV remote lying around, such as the one which ships with the Apple TV 3, then you'll be pleased to learn that you can use it with Cupertino's latest set-top box as well. But of course, there are going to exceptions, as the Apple TV 3 remote is quite crippled compared to the new Siri Remote. But still, it's a great little accessory to have as a backup.