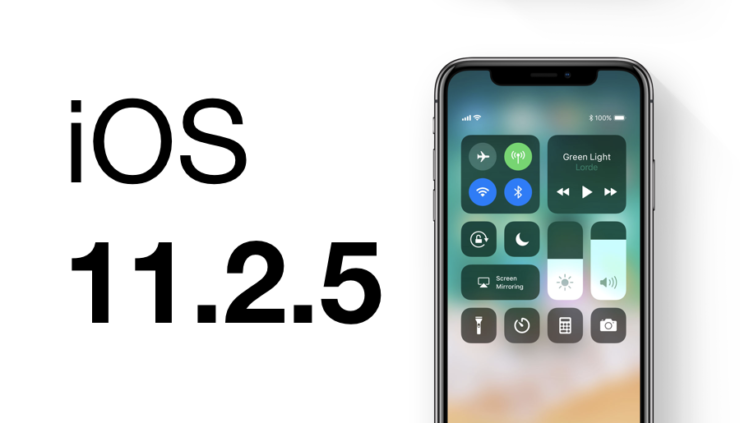 This just in. Apple has stopped signing the iOS 11.2.5 firmware update for the iPhone and iPad. Here's what it means.

You Can No Longer Downgrade or Upgrade to iOS 11.2.5 as Apple Has Stopped Signing the Firmware

With the release of iOS 11.2.6, it was obvious that Apple would stop signing iOS 11.2.5. That day has come and Apple has done the inevitable. What does that mean for you? It means that if you were hoping to downgrade or upgrade to the aforementioned firmware, you cannot do so anymore no matter what you did.

But should you care about it? Well, given that iOS 11.2.6 is no more than a bug fix release, patching a critical flaw that crashes an entire device if a particular Telugu character was received, I suggest sticking with the latest and greatest from Apple in the software department. Also, iOS 11.2.5 as well as iOS 11.2.6 cannot be jailbroken either. There's no way you can downgrade further since everything up till iOS 11.0 has been seized by Apple, therefore gaining root access is out of the question. So yes, I would suggest upgrading to iOS 11.2.6 right now instead of holding back for a miracle.

If you are interested in upgrading, then check out the post here: iOS 11.2.6 Update for iPhone & iPad with Indian Character Crashing Bug Fix Released

I highly recommend opting for the upgrade right now otherwise you may end up being trolled by people with the character that can crash your iPhone, iPad or iPod touch. Besides, the latest updates bring more than quick fixes as they tend to improve the overall performance of a device as well.

Regarding jailbreaking, you have multiple options at hand as long as you are running iOS 11 all the way up to iOS 11.1.2. You can either use Electra or LiberiOS to jailbreak your device. I would suggest the former as it is a far more polished jailbreak. If you are running iOS 10.3.3, then we have good news for you as well. You can jailbreak the firmware using H3lix.