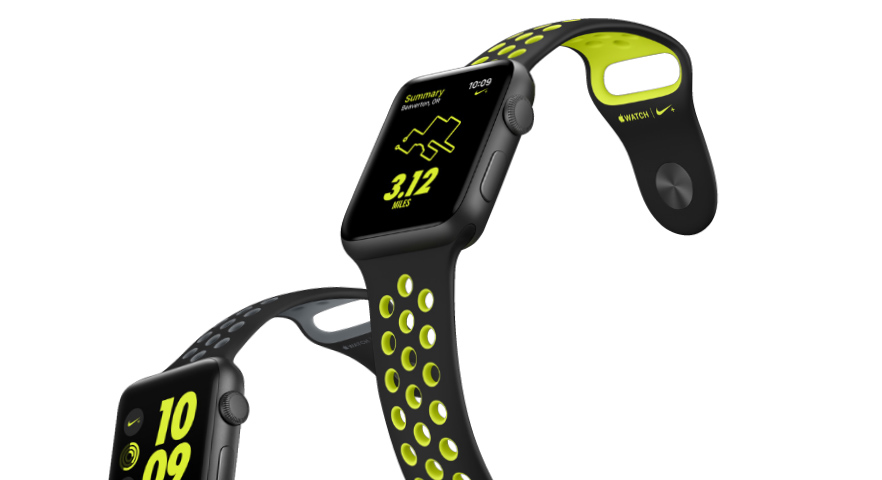 If you’re interested in purchasing the wearable, you can preorder it from the company’s website right now. Keep in mind that there are a total of two models; the same measurements that Apple used for its previous generation Apple Watch. The 38mm one starts at a price of $369, while the 42mm one will start from $399. In case you were interested in the Apple Watch Nike+, Apple's partnership with Nike will help runners achieve better results while exercising. In addition, it sports an aluminum casing similar to other Sport editions and a unique perforated band that's stretchy, light, and breathable.

On other change incorporated into the newest wearables boils down to the software. Nike has designed special software for the Nike+, which is designed to motivate runners to stay active. Furthermore, Nike+ Apple Watches include unique Nike-designed watch faces. Apple has also improved the engineering bits of the Apple Watch Nike+ by making it swimproof.

In case you were not familiar with this term, swimproof means that you can submerge the wearable in water till a depth of 50 meters. In comparison, the previous generation Apple Watch could survive light showers but never submerging sessions, making the Apple Watch Nike+ better in every manner possible.

Apple has also improved the display of its latest wearables, so you are able to view content on the small watch head more accurately and that too without hurting your eyes. Would you be interested in investing in the Apple Watch Nike+ edition to improve your fitness regimes? Tell us your thoughts right away.