Apple Pencil 2 Expected to Feature Simple Design, Along With Gestures Support; Can Magnetically Attach to iPad, According to Leakster 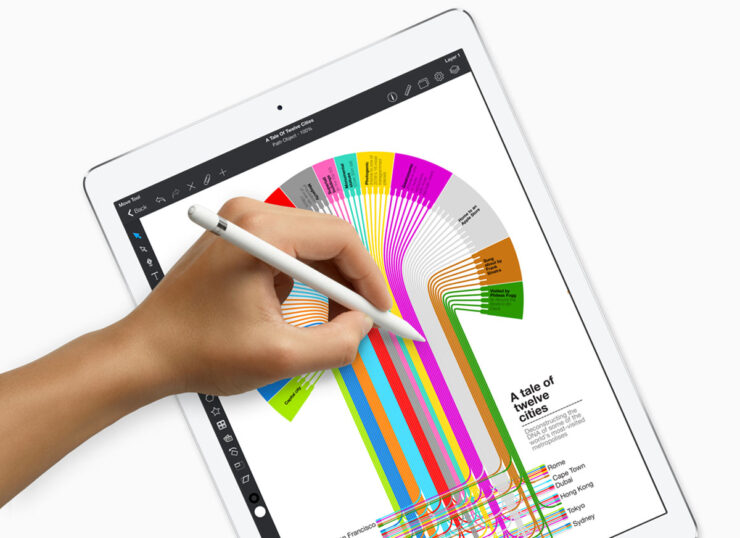 Apple is holding an event tomorrow where the company is expected to unveil its iPad Pro lineup. Geared towards the creative professional, you can also purchase the Apple Pencil along with these slates to help improve your workflow. As Apple is seeking to launch improved tablets in terms of design and functionality, we might even see a new Apple Pencil 2 accessory that ships with better features. One leakster has listed the features he thinks will come with the Apple Pencil 2 and after you guys read this, you might even agree that it is an iteration that needed to arrive, assuming Apple plans on introducing it.

According to Ben Geskin, the first change coming to the Apple Pencil 2 will be its aesthetic, or lack thereof. The device is expected to come with a minimalistic design. His tweet claims that the silver rail on top of the first Apple Pencil will no longer be present on the successor. This will result in a very clean-looking stylus. For those that prefer a nice clean pen to go along with their latest iPad Pro purchase, they might be able to pick this up too.

With the iPad Pro lineup expected to get slimmer bezels as Apple will remove the home button on its tablet lineup, the latest devices will also rely on gestures. The Apple Pencil 2 could augment the tablet experience for the user by getting extra gestures, but that can also depend on the kind of app you fire up. It has not been detailed if the accessory itself will come with a form of clicking mechanism like the Galaxy Note 9’s S-Pen, so we’ll have to wait and find out.

- Design is even more minimalistic, the silver rail on top is now gone.
- Tap and Swipe gestures along the pencil.
- Magnetically attachable to the new iPad.
- New charging method. pic.twitter.com/tS1ptCWgnh

With the current Apple Pencil featuring a price of $99, it is an expensive addition to the Apple ecosystem. This means that such a device can get misplaced if you’re not careful. The Apple Pencil 2 is expected to get attached magnetically to the iPad Pro, minimizing the chances of you losing the accessory.

Lastly, the Apple Pencil 2 is not expected to come with an inconvenient manner of charging. Apple’s current device needs to be plugged in the Lightning port of the iPad Pro in order to start receiving juice. We’re not sure what Apple will have up its sleeve aside from Qi wireless charging to fuel the Apple Pencil 2, but we’ll continue to update you guys when the event kicks off tomorrow.

Which feature are you most excited for? Let us know your thoughts down in the comments.