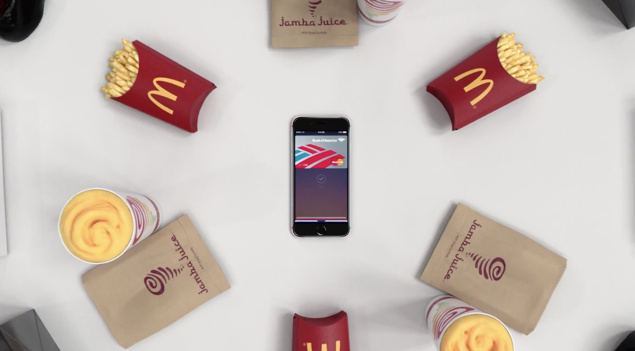 When Apple announced the iPhone 6 and the iPhone 6 Plus last year, the Cupertino giant also took the opportunity to lay down its plan on how it plans to kill the physical credit card - or the wallet. A new service called Apple Pay was born, and is compatible best with the new iPhones and of course, the Apple Watch. Today, the company has actually released the first ever Apple Pay TV ad, while also lauding praise for the iPhone itself.

Check out the ad which we have embedded below for your viewing pleasure.

Apple doesn't shy away from praising Apple Pay one bit in the TV ad and highlights the fact that the company's payment solution is accepted in over a million locations, and that number is slowly and steadily growing. Currently, Apple Pay is supported in the United States, with the UK being the recipient of the service just recently. Apple plans to extend its service to more countries as well in the coming months and years, so sit tight if Apple Pay isn't near your shore just yet.

This isn't the first time Apple has released an 'if it's not an iPhone, it's not an iPhone' TV ad. The first two TV ads from Apple's newfound campaign - Hardware & Software and Love - made their debut this summer, and we are pretty sure you've guessed already what the ads were about. In case you haven't, Hardware & Software is all about how Apple's hardware and software works harmoniously together, since the company designs both under its roof. Love is all about how much people love and adore their Apple smartphone.

Apple took its campaign even further with a new TV ad highlighting the photo and video recording capabilities of the iPhone, praising the iSight and FaceTime cameras on the device.

The company didn't stop just there. It took its campaign to the Web as well, highlighting why users would want an iPhone, showcasing the device's security capabilities as well its great set of features.

After watching today's ad, what are your opinions regarding Apple's 'if it's not an iPhone, it's not an iPhone' campaign? Do let us know in the comments section below. We love to hear back from our readers, so hit us up!