Apple Music for Android Gets iOS 10 Inspired Makeover, Here’s What Has Changed 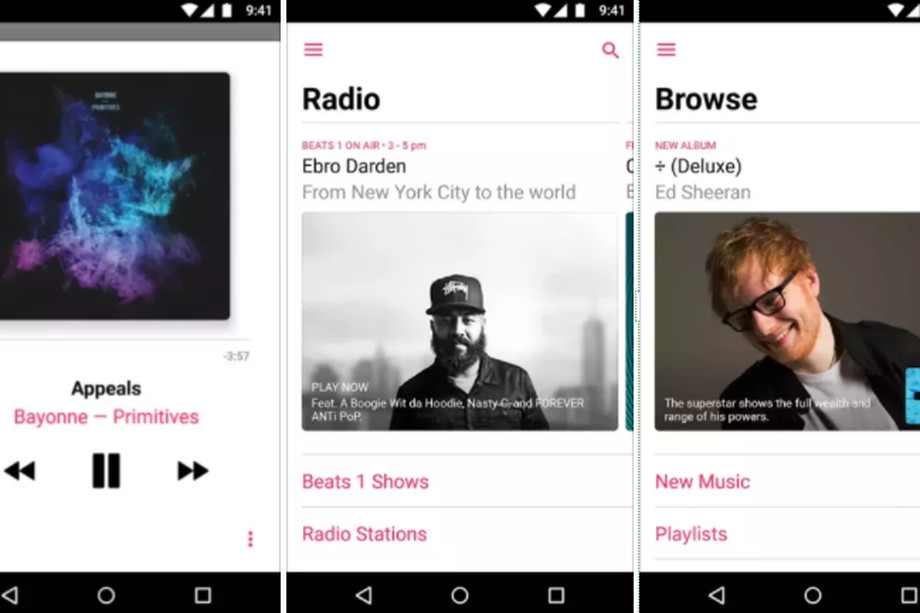 Apple Music app for Android has got a design makeover, similar to the app's iOS 10 interface. The new design streamlines the outlook of Apple Music across Android and iOS. It also brings new features such as lyrics and enhanced library, which is a first for the Android version of the app.

With this latest update, Apple Music for Android jumps from version 1.2.1 to 2.0, making it almost identical to Apple Music's interface on iOS 10 with broad headers and better section placement. Apple touts that it brings “greater clarity and simplicity,” and adds up four main categories.

So what's changed? Well, 'Playlists' have been merged into Library while 'New' has been moved under 'Browse.' With the update, Apple also claims that users on Android will now find it easier to access Downloaded Music for offline listening. Also, you Android users will now see a larger album art. While most of the material design icons or features have been traded for a more iOS-like look, but the hamburger menu still stays there for good.

Apple Music for Android version 2.0 is free to download from Google Play Store with a subscription of $9.99 a month.

Here's the complete changelog as posted on Google Play Store

Is this change going to make you shift your default music streaming app from Apple Music to Spotify or any other popular music app for Android? Well, in all its glory, the new iOS-like interface of Apple Music for Android looks easy to use, and it also looks like Apple is putting the much-needed efforts into the Android version of the app.

The Cupertino giant seems more than interested in maintaining its user base on the Play Store. However, it remains to be seen if it continues the update cycle for Android and does not make the users wait long for fresh updates.