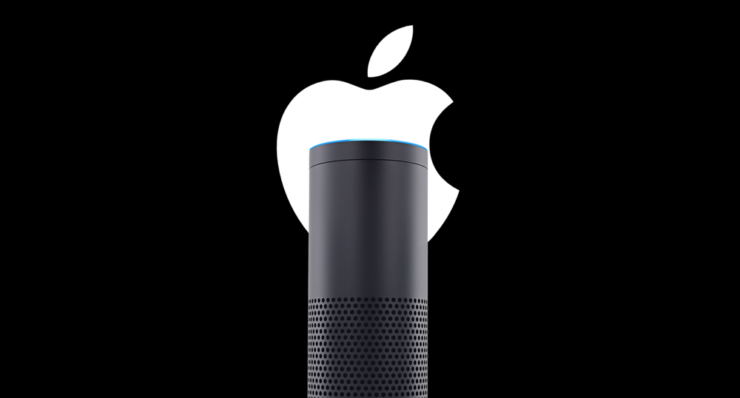 Based on previous rumors, Apple is said to be manufacturing its very own smart speaker. The move will basically target the likes of Google and Amazon. While the rumor did crop a few times in the past, the Cupertino giant has reportedly begun manufacturing the Siri Speaker featuring the company's very own Siri assistant. So let's dive in to see some more details on the subject.

According to reports from Bloomberg, Apple has started manufacturing the Siri Speaker ahead of the company's highly anticipated WWDC 2017 event. What this means is that just a week before the event, we're hearing that the Siri Speaker is under development. Henceforth, based on the report, we can conclude that the Siri Speaker will potentially see the light of the day next week.

Since Apple's competitors already operate in the market, the company is betting on certain features which will make the Siri Speaker stand out of the crowd. For instance, the company is rumored to be crafting "surround sound" in the Siri Speaker. In addition to this, the company is also aiming to provide a premium listening experience compared to other competitor's products. Possibly, the speakers could go as far as measuring the room where it is placed. This will allow the smart speaker to adequately adjust the sound level when being used.

In addition to this, Apple Music will also be a vital addition in the smart speaker. It will be designed to stream content from the platform. This is one of the features that Google Home and Amazon's Echo lineup do not support. So these additions will set the Siri Speaker apart from what other companies are offering.

Amazon's Alexa has also been updated with iCloud Calendars today; ahead of Apple's WWDC 2017 event. Amazon is basically planning to better compete against the Siri Speaker, expected to arrive next week. Amazon has also launched a new Echo product with a display, simply called Echo Show.

iCloud Calendars integration means that users will now be able to initiate Alexa voice assistant and ask about the upcoming calendar events. Users can also add calendar entries using their voice alone which will also appear on other devices synced with iCloud.

This is it for now, folks. What are your thoughts on the introduction of Siri Speaker next week at Apple's WWDC 2017 event? Do you think the unique elements part of the speaker will boost sales compared to its rivals? Share your views in the comments.