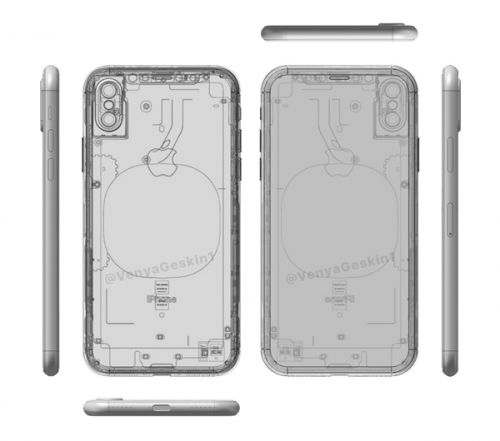 Well folks, looks like we've got another major leak for the Apple iPhone 8. If you follow us regularly, then you'll know that Apple's taking a lot of precautions to clamp down on such leaks. A major report claimed that most of these surface from the US, rather than China. But today, a Chinese source has a big image for us. Take a look below to find out more.

The iPhone 8 is perhaps the worst guarded secret in Apple history. Despite a full month being left until its launch, a lot of details have surfaced for the smartphone. A vertical rear dual camera setup, wireless charging, button free front and other details are quite common in the rumor mill. A latest rumor also claims that the smartphone will also record 4K at 60fps, bidding goodbye to lower storage options.

However, all these big features won't be available any time soon. Apple's also having a tough time with the smartphone's production, since Cupertino doesn't run its own facilities. Its Chinese manufacturing partners and Samsung find it strenuous to keep up with production demands. Today, an image straight off the line from Foxconn lends more credence to this.

The leaked pictures, which you can see above, claim that the iPhone 8 has entered EVT testing. In this phase, manufacturers validate their specifications and make sure that the product's hardware is running according to the requirement set out on paper. We've also got two detailed iPhone 8 shots, which show the device from its front for the very first time. The source of these images believes that for the iPhone 8, the front camera will be housed on the motherboard rather than on its screen assembly. The smartphone will also feature a stacked logic board and wireless charging, as is evident from the images above.

But for the iPhone 8 to be in EVT just a month prior to its reveal is a worrying factor. We've got two complete design stages left after this before the product can be rushed to mass production. So if you've got a thousand dollars to spare and are looking forward to the iPhone 8, the device might not land in your hands until early next year. But hey, an OLED iPhone with wireless charging. Worth the wait, don't you think? Thoughts? Let us know what you think in the comments section below and stay tuned. We'll keep you updated on the latest.