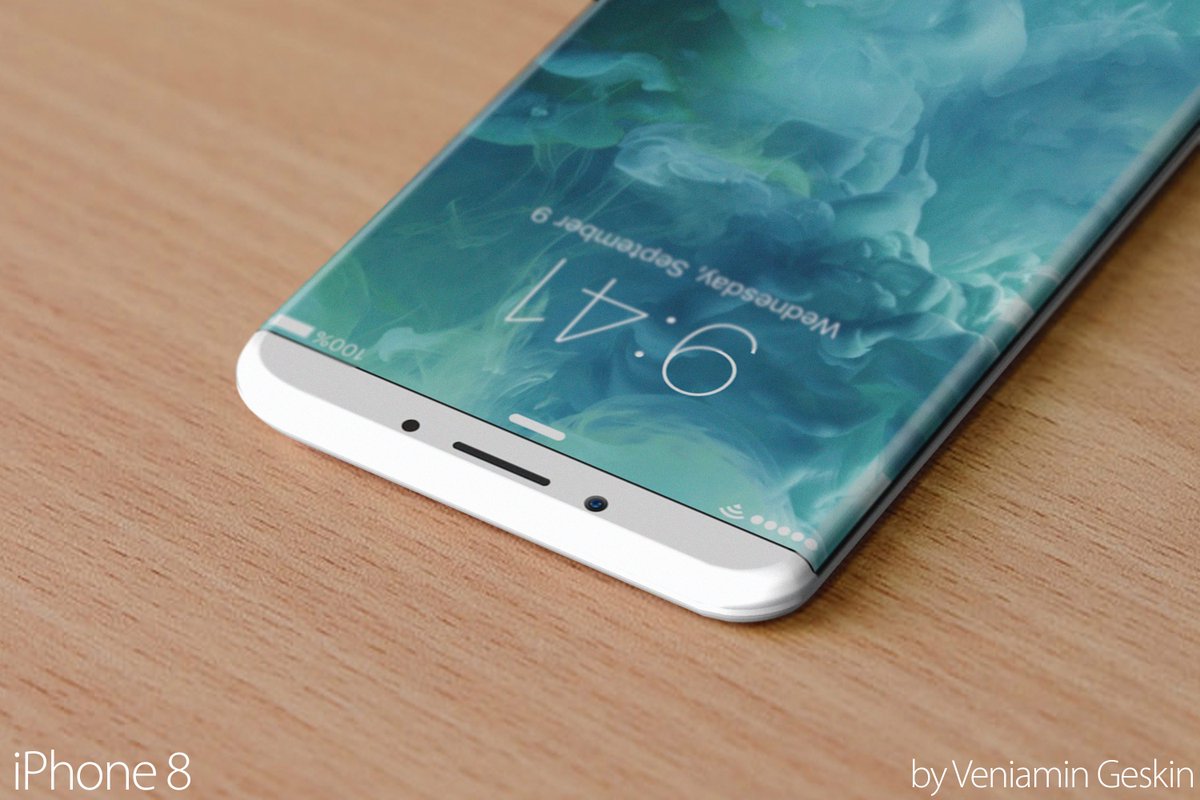 As we enter October, 2016's about to come to an end. It's been an eventful year when we talk smartphone. The iOS and Android world saw their respective bit of upgrades. The defining feature of 2016 has been the iris scanner. It makes Samsung's Galaxy Note 7 the first phablet device to come with the feature. Still, the Note 7 has managed to gain attention for a completely different aspect. Apple's expected to introduce several upgrades for the iPhone 8 next year as well. Cupertino's iPhone 7 and iPhone 7 Plus will prove sufficient to sustain market interest for a calendar year. Some more rumors surface today about the iPhone 8. Take a look below to find out more.

When it comes to wild speculation, today's is as wild as it can get. We all knew that 2016 will be a slow year for mobile hardware. All major fabrications will move to the next performance node next year. Samsung and TSMC have laid out their process road maps, which show major upgrades due for 2017. Today however, we're hearing some wild claims from Apple's alleged supply chain sources.

According to them, the iPhone 8 will jump not one, but two performance nodes ahead of its predecessor. These sources claim that TSMC is ahead of schedule for its performance nodes. Some research institutions allegedly visited the Taiwanese fab's facilities and learned that 7nm will now move for production in the first quarter of 2017. If this wild, wild claim is to be believed, then the tenth anniversary iPhone will mark the lineup's complete rebirth.

We'd advise you to take this piece of information with an entire salt mine if you must. While TSMC itself has claimed that it's ahead of schedule for process nodes, such a jump is likely to involve copious amounts of black magic. Apple made some strong hardware upgrades on the iPhone 7 and iPhone 7 Plus this year. The pair feature a custom ISP for the first time in the lineup's history. The A10 Fusion also makes the jump to big.LITTLE; another first in iPhone history.

The tentatively dubbed Apple A11 will be manufactured on 10nm according to the majority of reports so far. It'll be quite a while until we get to see 7nm make it on the iPhone or any other smartphone. The iPhone 8 will feature quite a lot upgrades according to the rumor mill. Apple will provide an edge to edge display, a hidden fingerprint sensor and a virtual home button if current information is taken as fact. We'll find out more as time passes. Thoughts? Let us know what you think in the comments section below and stay tuned for the latest.