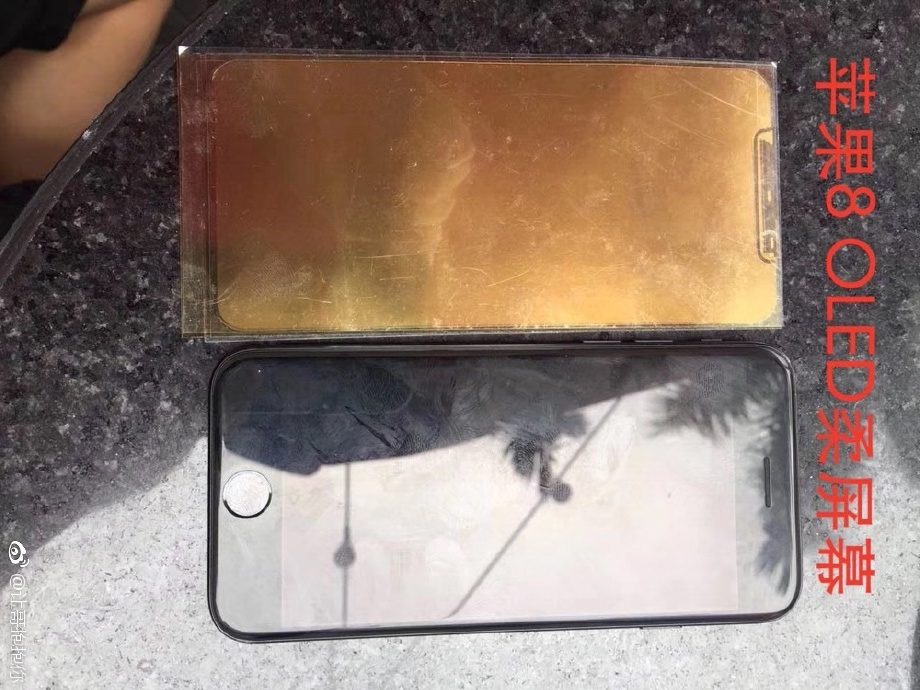 Not a day goes by that we don't get to see an iPhone 8 related leak. Apple's expected to launched a vastly overhauled device last month, which will make up for all of Cupertino's shortcomings over the past couple of years. In addition to this, the company will also launch the iPhone 7s and iPhone 7s Plus smartphones. Today, we've got another leak for the much hyped about iPhone 8. Take a look below to find out more.

As we all know clearly by now, Apple hates leaks. Cupertino tries its level best to stop information from trickling out of China and mainland US. But, due to the scale of its operations, completely putting the stopper on the leak stream is impossible. Somewhere, somehow, someone manages to get their hands on components/images and uploads them for the world to see. Today, we've got a lot of pictures for you straight from Shenzhen's Apple black market.

These leaks show nothing new, and end up corroborating what we already know for the iPhone 8. Apple will launch the smartphone with a lot of upgrades this year. The company has slowed down the pace over the past couple of years, partly due to lethargy and partly due to inadequate manufacturing facilities. The iPhone 8, will be the company's redemption, especially as investor pressure to stay in line with Android starts to increase. Carl Icahn's dropping of Apple stock didn't come lightly after all.

If you look closely at the images above, you'll be able to spot the various assortment of iPhone internals. We've got the smartphone's flex, power cables and display assembly for you today. There are also a couple of images showing the front display panel. Display will play a major part on the iPhone 8. Apple will finally introduce OLED panels into the mix, as Samsung ramps up its manufacturing facilities. But that won't be the only part played by the component.

Some very shaky sources believe that the iPhone 8 will not launch with Apple's iconic Touch ID. Owing to technical constraints, Apple will solely rely on 3D facial recognition to unlock the device. If, and only if does this bear true, then expect a major shakeup on the lineup and Touch ID related services. That is, if Apple manages to perfect facial recognition to the level which Touch ID already operates. Thoughts? Let us know what you think in the comments section below and stay tuned. We'll keep you updated on the latest.