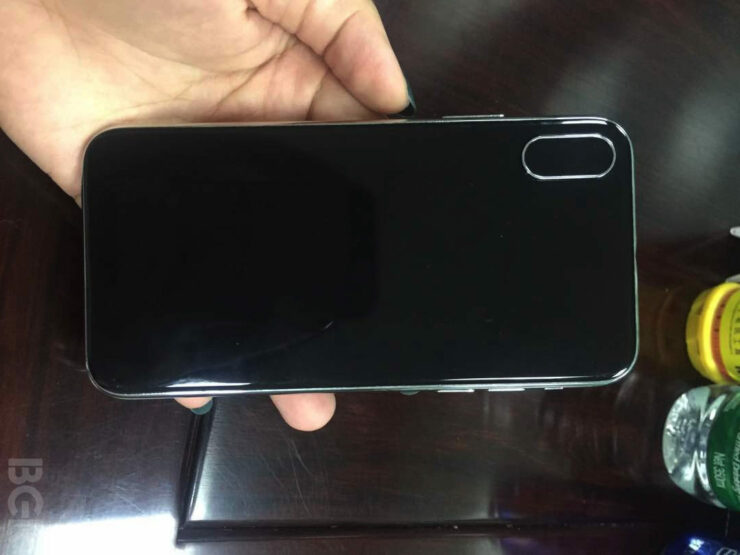 God bless the rumor mill. No detail, no company and no device can escape unscathed from it. Today, we've got a big leak for the iPhone 8. Apple's flagship for 2017 will pack a lot of features. But the market isn't interested in hardware. Apple's never been the one to follow Android and equip its devices with the latest and best specifications, regardless of their impact on usage. Rather, it's been then other way around as the Android world has finally started to pay attention towards design. Today, we've got some fresh, mock-up design photos for the iPhone 8. Take a look below to find out more.

A lot of leaks have taken place for the iPhone 8 so far. Apple's stuck with its iPod Touch design for quite a while now and the market is getting anxious. After all, it was Cupertino who made design a must have for a tech gadget. And it's Cupertino who has fallen back on the design train. Samsung has one upped Apple this year, with the Galaxy S8 and Galaxy S8+. The Korean tech giant's edge to edge display concept has matured and the results look fantastic.

Now, Apple's also rumored to follow a similar approach with the iPhone 8. The smartphone will also feature an edge to edge display, one with a greater screen to body ratio than the Galaxy S8. Removing the bezels on the iPhone 8 will also allow Cupertino to increase display size North of 5 inches, while keeping form factor the same size as the iPhone 7. Now, BGR's got their hands on a mock-up of the iPhone 8 that's based on leaked schematics fro Apple's manufacturing facilities in China.

Taking a look at the image above, there's really no more subtraction that Apple can carry out with the iPhone 8. To elaborate, Cupertino's design approach has always followed minimalism. The approach works by designing a gadget and 'subtracting' all features and details deemed unnecessary. It's why the iPhone doesn't have an on/off button and how Apple managed to produce the clicker wheel on the iPod. The big feature of today's leak is the vertical camera setup, which is vertical if you hold your iPhone in portrait mode.

This will be the big feature for the iPhone 8 and won't be done simply for the sake of change. Apple's rumored to introduce VR related features on the iPhone this year and the setup is horizontal when the device is held in landscape mode. It'll allow the sensors to work more efficiently and will allow for better results. Other details on the images above include the volume and silent buttons and the left and the sim card, sleep button on the right of the device. Thoughts? Let us know what you think in the comments section below and stay tuned.We''ll keep you updated on the latest.