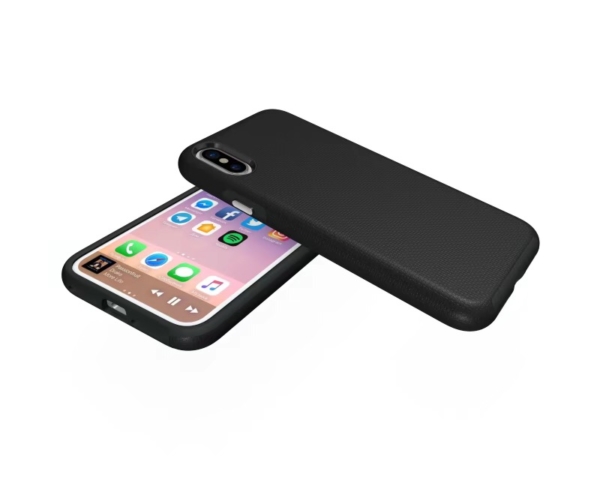 It's no secret by now that Apple will release a special 10th anniversary iPhone this year. While its iPhone 7 and iPhone 7 Plus are great devices, they manage to fall short on the promises of innovation and change that the company loves to make. And since most of Cupertino's revenues are based on the smartphone lineup, the need for change is dire. Thankfully, the rumor mill believes that we'll witness a lot of upgrades on the smartphone this year. Today, we've got a dummy for the iPhone 8 that's based on leaked schematics for you. Take a look below to find out more.

It's not an easy job skimming the rumor mill. Every day we come across countless leaks and rumors related to gadgets. Out of these, the majority are either fake or are based on outright plagiarism from other sources. Speaking of sources, there are a handful which have been doing this for quite a while and can be relied on most of the time. One of these is Steve, who also goes by the twitter name Onleaks.

Steve's a very trusted source and his leaks are generally strictly on point, just like Evan Blass's. Today, he's back with a dummy unit for the iPhone 8. This shows what to expect from the device in aesthetic terms. It's what has surfaced so far, but provides a fresh look at the smartphone's exterior. There's also a nice charging dock at the bottom, whose authenticity we can not confirm at the moment. However, it does appear very 'Apple-esque' in design language, but that's the most we're going to comment on it.

The interesting thing about today's video is that it also shows dimensions for the iPhone 8. According to Onleaks, the smartphone will measure 71x143.5x7.5mm. However, the camera bump will remain and it'll measure 1.6mm in height. Apple's got a big camera upgrade planned this year, aimed towards facilitating VR and 3D recording on the iPhone. We're sure it'll take a lot on Cupertino's part to minimize the camera bump's impact on overall design.

Taking a look at the dummy's front, we've got the same edge to edge screen, which doesn't have a physical fingerprint sensor. One of the biggest planned upgrades for the iPhone this year will be a virtual fingerprint sensor. Samsung failed to introduce the feature with its Galaxy S8 and S8+, and if Apple manages to do so, then it'll be a major win. However, at this point, we'd advise against taking the virtual fingerprint sensor for granted. Industry analysts expect the tech to available for mass production next year, which leaves Apple in a tricky spot. Whether Cupertino manages to execute or not, we'll find out soon enough. Till then, stay tuned and let us know what you think in the comments section below. We'll keep you updated on the latest.