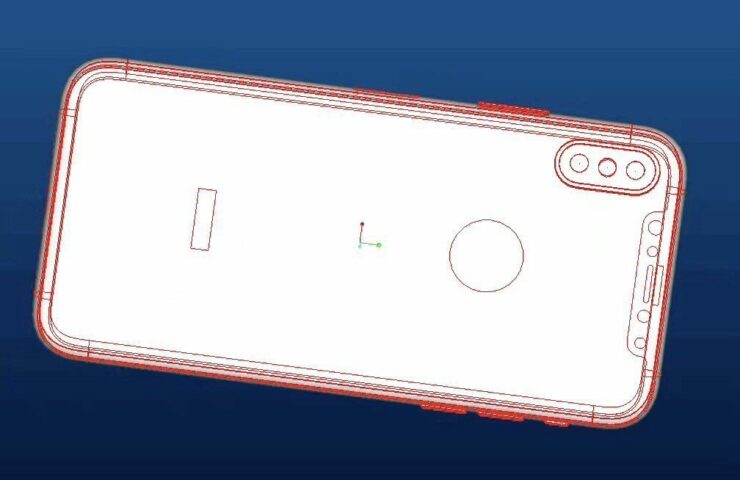 A good three months are left until we get to see the latest iPhone from Apple. Taking a look at the company's behavior over the past couple of years, Apple is only a shadow of what it used to be. Sure, its products sell globally and the company is a well recognized brand, but that's not what the allure of Apple had been in the past and the post-Jobs era doesn't seem to be able to recapture it. Fans are desperately looking at the iPhone 8 as a reminder of what made the company so great. But even though the smartphone will make a couple of critical upgrades, they'll still be incremental. Apple's disruptive, game-changing days are sadly over. Today, we've got some more details for the iPhone 8. Take a look below to find out more.

Even though there' a lot of time until Apple upgrades the iPhone this year, the rumors and leaks have been consistent. They've been taking place since the start of this year, and don't appear to have any intention of stopping. Therefore, we've got a good idea of what to expect from Apple this year. The big upgrade on the iPhone this year will be OLED. Apple has finally ironed out all of the necessary supply chain kinks with respect to display production, years after the technology made it on Android.

The second big change on the iPhone 8 will be a big focus towards 3D recording and VR. Combined with AI, the duo are the future of computing, as software start to take precedence over hardware. To that effect, the iPhone 8 will feature a vertical rear dual camera setup and an additional front sensor. The latter is expected to provide for a unique facial recognition when unlocking the device.

The images above confirm two major upgrades for the iPhone 8. These will be the vertical dual camera setup and a button free front facade. The former will be necessary if the smartphone is to incorporate 3D recording seriously. Another big feature that's rumored for the iPhone 8 is wireless charging. Apple will change the device's build material to glass this year, which will also allow users to remotely charge their iPhone.

All in all, the iPhone 8 will bring several overdue upgrades and a couple of new ones as well. The smartphone is rumored to feature a higher screen to body ratio than Samsung's recently launched Galaxy S8 and S8+. We're more interested in the hardware side of things right now, especially as 10nm FinFET is official. Thoughts? Let us know what you think in the comment section below and stay tuned. We'll keep you updated on the latest.